While many people have the need for extra battery life for their iPhone 4, there are a lot of power-extending cases available on the market. It can be difficult to decide which case is right for you, so we’ve rounded up three of the best battery cases to compare head-to-head to help you decide. 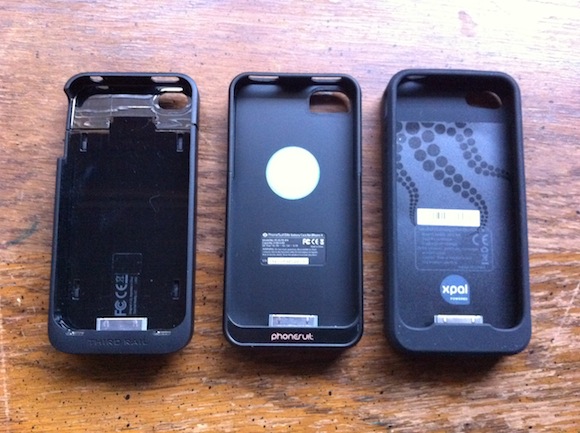 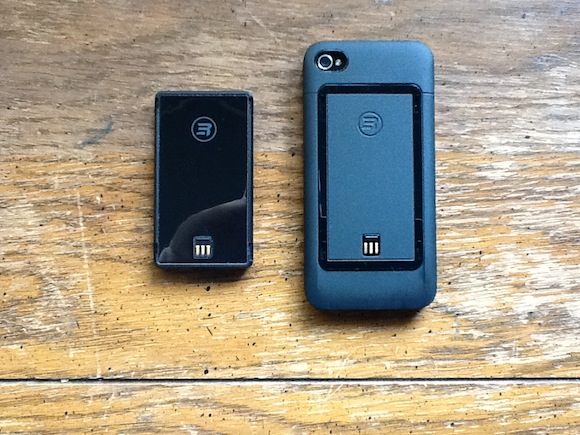 Third Rail’s battery case is unique among its peers. The Third Rail is thinner and lighter than the competition because its battery is not permanent. The case is made up of a high quality polycarbonate casing with an external battery that snaps on and off at will.

$90 gets you a case with a single 1250mAh battery (compared to the iPhone 4’s built-in 1420 mAh battery) . The battery back slides on and off easily, and while it is not able to fully charge the iPhone, it does provide a real-world boost of just over 50% of your iPhone’s battery life. The case is designed with a rubberized back and sides so you can easily keep your grip on the case, and does a fair job of protecting your iPhone from minor drops and scrapes. 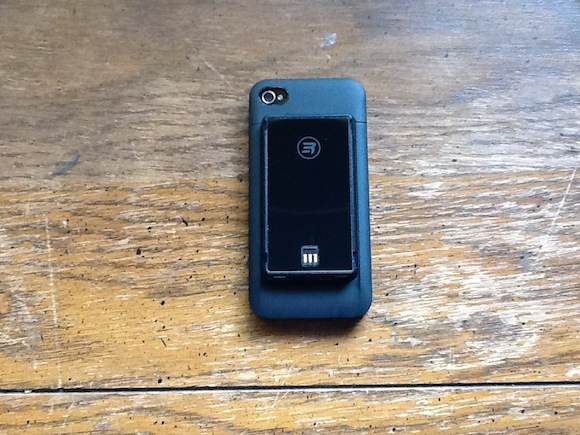 While the case is fairly high quality overall, I was disappointed with the fairly low capacity of the included battery back (although you can buy additional battery packs for $60 each). I also found that the battery pack often detached from the case inside my pocket, which was a bit of an annoyance.

Another point of concern that I had is the fact that the entire case becomes a bit uncomfortable to use while the battery pack is attached. I did, however, appreciate that the case can easily be charged through either the battery pack OR the case itself, as both contain MicroUSB ports. 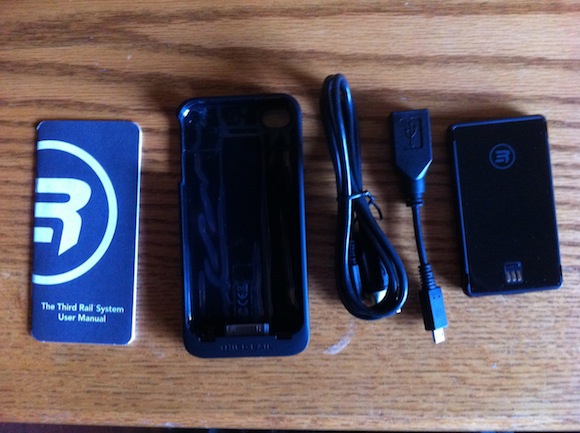 Overall, the Third Rail case is an intriguing concept, and the ability to maintain a slim design by making the battery pack detachable is a good idea. Unfortunately, though, I found the capacity of the included battery back to be too small to truly satisfy me. 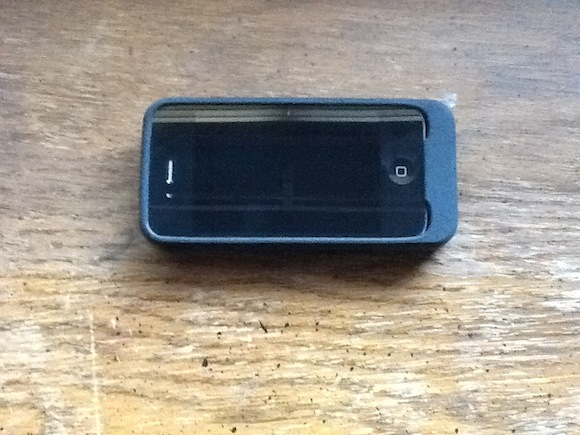 The PowerSkin is a bit more traditional as far as battery cases go – it’s bulkier and heavier than the Third Rail case, but features a 2000 mAh battery which more than doubles the iPhone 4’s native battery life.

The case itself is a bit interesting – rather than hard plastic sides, this case is made from a thick and durable silicone. The silicon construction absorbs shock from drops, making it a nice casing material, but also improves grip. 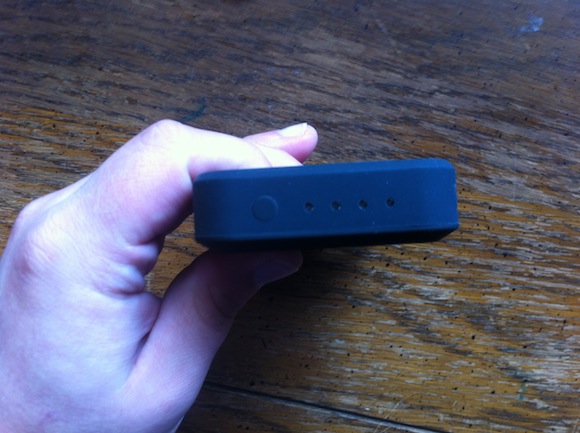 Inserting and removing the iPhone 4 from the PowerSkin is extremely easy, as the silicon flexes and gives way very nicely. The benefits of using silicon over hard plastic contrast with the fact that it’s a lot easier for dirt and junk to get inside the case and possibly scratch your iPhone.

Although this case more than doubles the thickness of your iPhone, raising it from ).37″ to 0.77″ in thickness, the entire package really doesn’t feel uncomfortable in a jeans pocket. Further, while the case adds a significant amount of weight to the iPhone – nearly half a pound – the fact that it is more than doubling your battery live serves as good compensation. 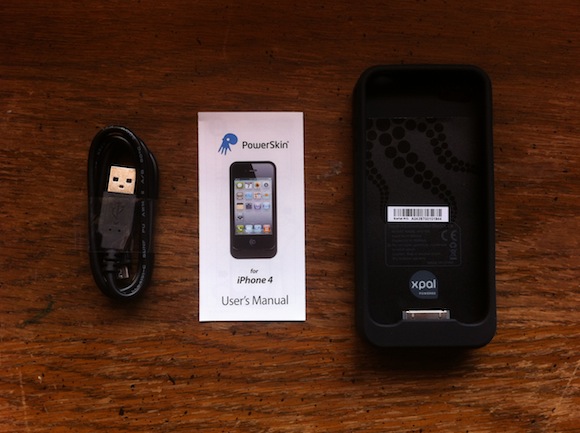 The main concern I had with this case is its lack of an on/off switch. To turn the device on or off, you have to hold the power indicator for 2 seconds. While this is revealed in the included instruction pamphlet, it’s not as intuitive as I would have liked. I also didn’t like the fact that the power indicator lights are at the bottom of the case, so charging the phone at night might become a bit annoying as the blue LED lights flash in your eyes.

While the PowerSkin case provides more power than the Third Rail case, I didn’t feel that the design and overall quality of the product were quote up to standard, although for the $70 asking price you really can’t ask for perfection. Overall, the PowerSkin case is a solid performer, especially for the money. 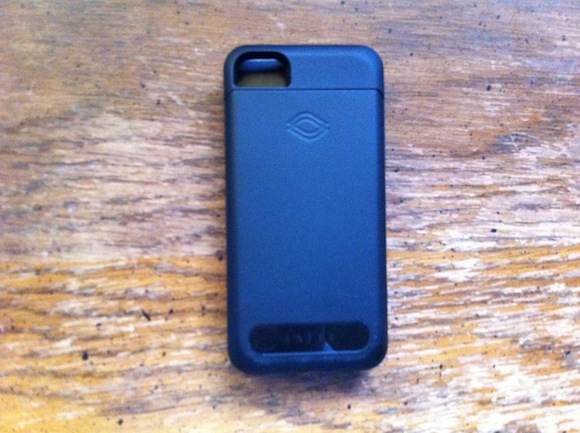 Like all high-power battery packs, PhoneSuit also adds considerable bulk to the iPhone 4, although it is a bit thinner and lighter than the PowerSkin. PhoneSuit claims that this will provide a full backup charge for your iPhone, but my experience found that it’s actually capable of providing about 120% charge under normal use. 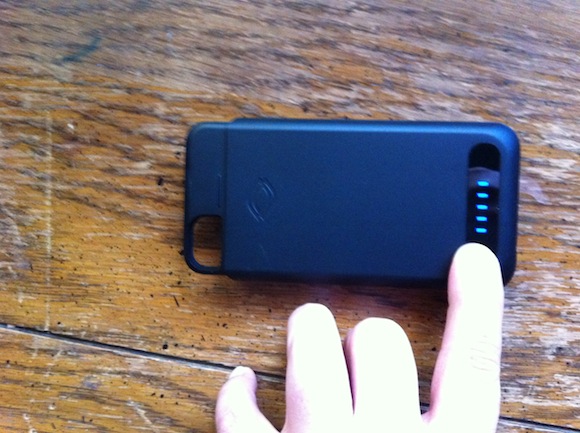 One aspect that is unique to the PhoneSuit that I found particularly delightful is that it charges the iPhone much more quickly (taking less than 2 hours for a full charge) than either the Third Rail or the PowerSkin, and it also recharges from the wall faster than the PowerSkin, despite having a larger battery capacity.

I also appreciated the fact that PhoneSuit decided to include an extra top casing in case you accidentally break or damage one when inserting or removing the iPhone in the PhoneSuit Elite over time. Out of the three cases, the PhoneSuit was the only case that came with a screen protector for the iPhone, protecting the face of the phone from scratches as well as the body.

Another thing I really liked about the PhoneSuit elite is that the power and charging light are located on the back of the case, meaning you can comfortably charge the case at night without having to worry about the flashing lights – the table blocks them from view. 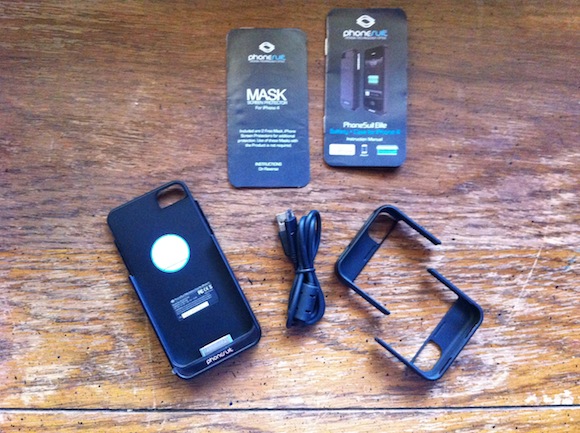 All in all, the only thing I actually disliked about this case is that the top slider section doesn’t come off as fluidly and easily as I like, although it’s still simple to remove.

In the end, there are a lot of things to like about each of these cases. The Third Rail’s modular design and high build quality make it great for someone who doesn’t want to carry the bulk with them all day long, and the case is notable thinner and ligher than either the PowerSkin or the PhoneSuit Elite. While the $90 price tag and low battery capacity may be offsetting for some users, the unique merits of this case may make strong selling points to customers that don’t need a lot of extra power and want a slimmer and lighter solution.

The PowerSkin is the most robust of the three offerings, and is the case I’d feel most secure about dropping with my iPhone inside due to its shock-absorbing silicon construction. Also, the low $60 price tag of the PowerSkin makes it an excellent overall value compared to the PhoneSuit Elite and the Third Rail case. 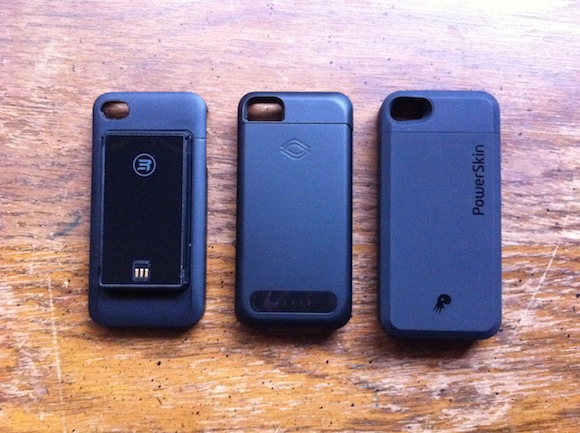 The PhoneSuit Elite felt like the most solid and well-rounded of all the three cases, providing the greatest charging power and demonstrating an excellent balance between bulk and battery capacity. Certain aspects of the PhoneSuit Elite’s design also made me feel like a great deal of thought, design and engineering went into its construction, and I felt like the case was most suited to my personal tastes. At $80, the PhoneSuit Elite is more expensive than the PowerSkin, but cheaper than the Third Rail case, and in my opinion reflects the best overall combination of value and features.

While I personally preferred the PhoneSuit Elite over its two competitors, factors such as price, your actual needs in a battery case, and personal taste may lead you to a different conclusion. I found all of the devices to be high-quality and show excellent performance.

For more information, or to purchase any of these three devices, feel free to visit Third Rail Mobility, PowerSkin, or PhoneSuit at their respective websites.