Microsoft has just released two new updates for their popular Office for Mac suite. The Office 2011 14.1.3 update provides numerous enhancements and bug fixes, while the 2008 update makes only minor adjustments, bringing the version number to 12.3.1. 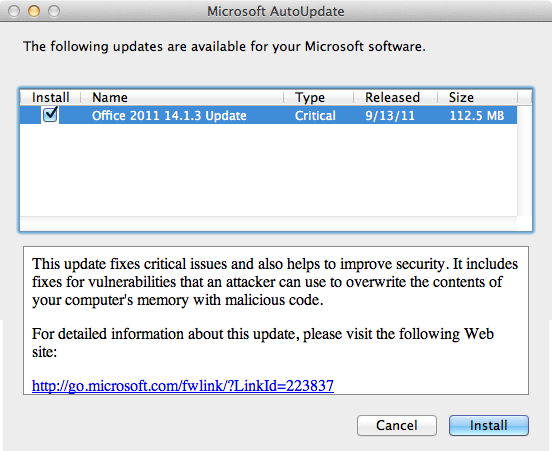 Among the bugs fixed in Office 11 Update 14.1.3 are an issue with documents not opening in some browsers, contact images not displaying correctly in Outlook, and disabled import options for Mac OS X Lion. The update also addresses certain crashes while using Excel and PowerPoint, and corrects a glitch with Dutch-language citation options.

The 2008 update makes only two minor changes, providing updated time zones and fixing an issue where Word’s help function did not display correctly in all languages. The updates are available now through Microsoft AutoUpdate, and can also be downloaded directly from Microsoft’s Office for Mac download page.