In The Baconing ($14.99, Mac App Store Link), Deathspank returns in his third outing from developer Hothead Games. In The Baconing, you’ll notice a lot of similarities that compare to the first two Deathspank games; the large number of quests, the colorful and animated worlds and characters, the hack and slash gameplay, and of course the dialog and voice acting.

All these features have shown nicely in Deathspank’s last two outings, and now in The Baconing. These features are what set the Deathspank series apart from other adventure/rpg games. In The Baconing, Deathspank himself becomes bored in his kingdom which is currently peaceful. He then tries on some mystical undergarments, which creates Anti-Spank. The goal of the game is to defeat Anti-Spank and his army of Cyborques before they take over and destroy Spanktopia. 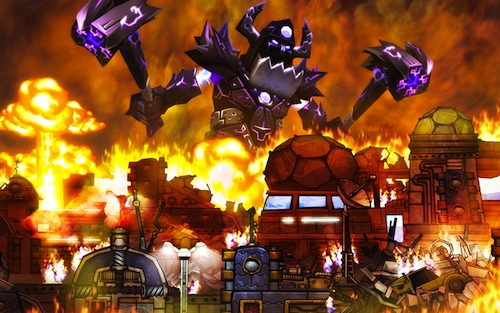 There is one glaring difference from past Deathspank games, which is the focus from puzzle solving to combat. For some people who like the hack and slash action of Deathspank would like this change of pace, for others who like Deathspank for the puzzles might be disappointed.

There is one addition to the combat which is nice to have. You can use your shield to block attacks of course, but other than that their attacks can backfire on them when you have your shield and hopefully for you, they’ll lose damage because of it. Especially in The Baconing it help because for whatever reason, Hothead games decided to make this installment harder.

In the third  part of the Deathspank series, I noticed even on the easiest difficulty it can be difficult at first. The Baconing is still a great game with a lot to offer with over 100 quests, co-op play, and more. 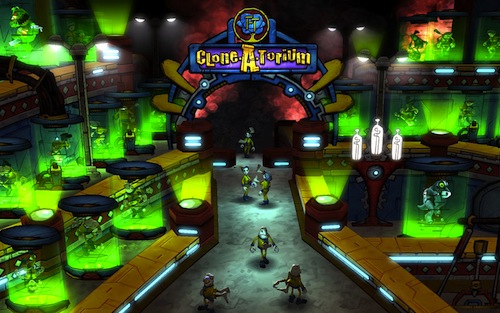 One thing that hasn’t changed from previous installments of Deathspank are the graphics. Hothead games keeps the theme going of pop-up style backgrounds that really stick out. Besides the backgrounds that make the worlds unique, the rest of the graphics are just as great as the last two Deathspank outings. From the characters to the worlds such as The Forbidden Zone and Rainbow’s End, The Baconing has that Deathspank, animated style you’ll be used to from previous adventures. 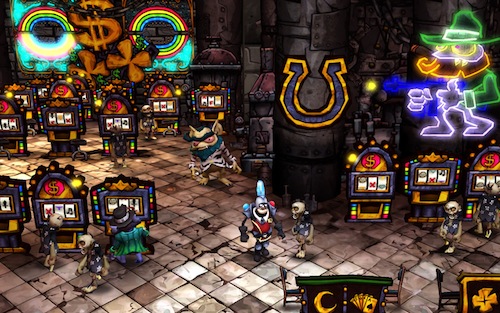 As for the controls. they’re fully customizable. In my opinion, the default controls work just fine. While you’re directing Deathspank though, sometimes it can be a little frustrating trying to dodge enemies while you’re on your last bit of health. Other than that, the controls are just as smooth as the previous Deathspank games. 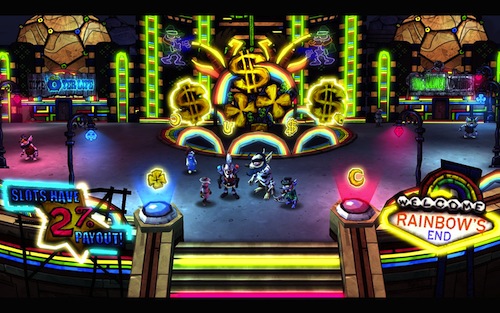 The Baconing is a solid adventure that lives up to the series. If you’re a diehard fan of Deathspank then you’ll like this game. As always, Deathspank has a wide variety of characters that make the game fun and different from other adventure games. With over 100 quests, Deathspank is a great time waster. I kept playing for a while and lost track. There is much of the same from the previous Deathspank games, which for the most part is a good thing, because why would you fix something that isn’t broken? Aside from the loss of puzzles and addition of deeper combat, fans of the series will be happy with The Baconing. 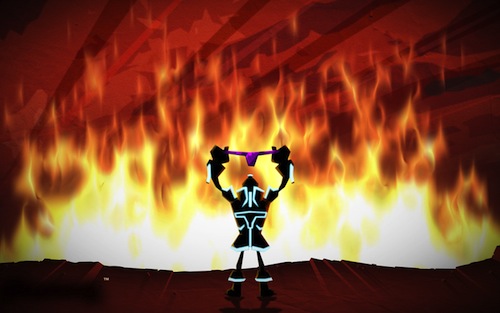