Splashtop, makers of the popular Splashtop Remote for iPhone & iPad ($2.99, App Store Link), have announced that they are now finally bringing their excellent remote desktop software to the Mac ($9.99, Mac App Store Link), as well as Windows. 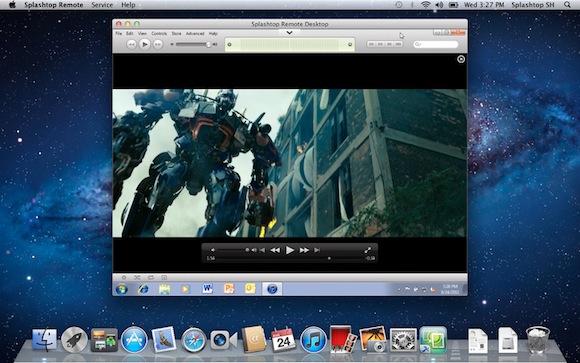 Splashtop was previously aimed only at iOS and Android users, notable for being one of the only remote access solutions capable of streaming audio. The Mac app will allow users to remotely access and control any other computer set up with the client software, whether it’s running OS X or Windows.

The Splashtop client is capable of streaming both audio and video, just like its iOS counterpart, although HD video is limited to 30 frames per second, Other features include automatic detection of local computers, support for wake-on-LAN, and using Google logins to access remote machines.

The Mac software is available from the Mac App Store ($9.99, Mac App Store Link) and is currently half price, just $10 compared to the $20 it will sell for after this week. The new software requires OS X 10.6 or better, or Windows XP or better for PCs.