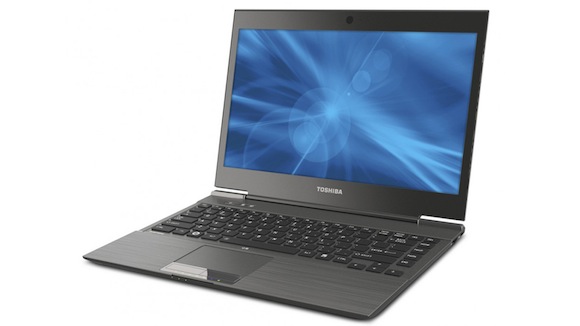 The Z830 is just 0.63 inches thin and weighs just 2.5 pounds, barely trumping the MacBook Air with its new svelte design. The casing is built of magnesium alloy. The laptop will feature a Sandy Bridge processor, up to 6GB of memory, and a 128GB SSD. It also includes HDMI, VGA, and USB ports, though it does not support USB 3.0.

The new notebook has a 13.3″ and falls under Intel’s “ultrabook” category for ultra thin and light laptops. Toshiba is aiming to make the Z830 available for less than $1000, but no official word has been given on final pricing.

If Toshiba can get their price below $1000 without compromising the build quality of this notebook, it may compete well with the MacBook Air amongst PC users, although it’s important to note that the allure of the MacBook Air is more than just hardware – OS X is also a significant factor.