With Apple expected to launch their iCloud service and iOS 5 any time on or after their October 4th media event, AppleInsider reports that the company has apparently prematurely sent out “Welcome to iCloud” emails to some users. 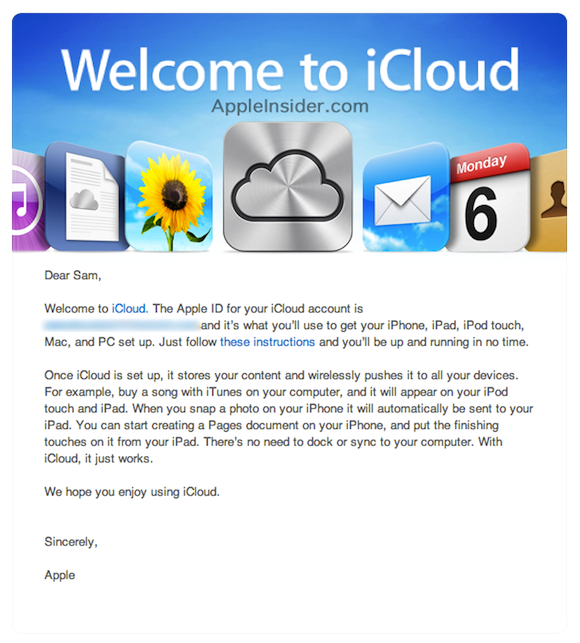 The email, pictured above, welcomes users to iCloud, and informs the user that their email address is that Apple ID that they’ll use to set up iCloud on his iPhone, iPad, iPod touch, Mac, or PC.

Users are then linked to a set of instructions to set up the iCloud service, but the page that the link directs to is not yet available on Apple’s website, which suggests that Apple likely sent the emails out inadvertently, likely during the testing process.

Additional notes are provided in the email describing iCloud and how it works, explaining how it keeps content synced between all of your devices, including documents.

Despite these early notifications have been sent out, iCloud is still not expected to formally launch until Apple releases iOS 5, close around the release of their upcoming next-gen iPhone hardware which is expected to be revealed at Apple’s iPhone media event on October 4th.