Even thought their relationship has had its ups and downs with plenty of “drama” along the way, Hearst is now praising the iPad as a digital magazine subscription platform. 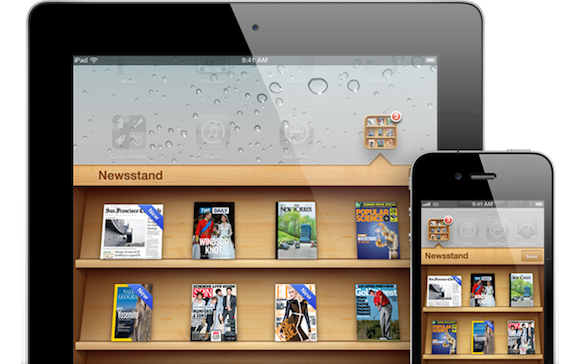 AppleInsider reports that in an interview with Reuters, Hearst Magazine president David Carey said that his company has about 400,000 digital subscribers across all tablets, a market Apple continues to dominate with it’s venerable iPad. Hearst expects it’s digital subscriber numbers to swell beyond 1,000,000 sometime in 2012.

Publishers were initially gun shy about putting their publications on the iPad. The obstacles in their view were Apple’s share of sales revenue, and the sharing of uber valuable subscriber personal data.

Carey said that there was so much “drama” in negotiations with Apple, someone could sell the movie rights to the proceedings. (Aaron Sorkin, are you listening?) Hearst eventually reached a deal with Apple in the late spring, with subscriptions for Esquire, O, and Popular Mechanics becoming available in July.

Apple takes a 35% cut of subscription revenue, leaving 65% for Hearst, which is an increase over the 55% they usually keep from newsstand sales. “It’s a pretty efficient distribution for us, to be honest,” admitted Carey.

I guess we can add Hearst to the list of content providers who have discovered that joining us here in the 21st century isn’t such a bad thing after all.