As a counter to Samsung’s allegations that Apple borrowed design elements from Sony when developing the iPhone, Apple has revealed an iPhone prototype from 2005 that shares design elements with the iPhone 4 released in 2010. 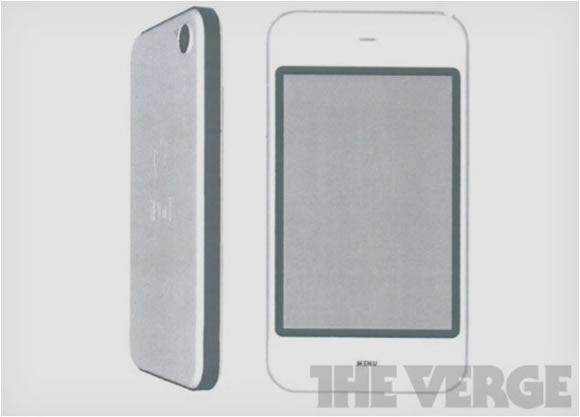 Referred to internally as “Purple,” the prototype created in August 2005 was revealed in new court documents in the Apple-Samsung lawsuit, which is set to kick off in court today. The filing, highlighted by The Verge on Monday, shows a white iPhone dominated by a touchscreen on the front, with a home button below the display that reads “Menu.”

Much like the iPhone 4, the prototype has flat sides and curved corners, with a spot on the back of the device in the upper right hand corner for a camera lens. Apple showed the “purple” design to show the court that the design was not stolen from Sony.

Samsung previously charged in court that the design for the iPhone was “inspired” by Sony’s aesthetics. Showing as evidence a 2006 prototype iPhone from Apple designer Shiin Nishibori, which included the word “Jony,” in the same font and style as the “Sony” logo.

The “Purple” prototype predates the “Jony” design by months. Apple says the “Jony” concept was “an enjoyable side project.”