Apple had begun contacting carriers and resellers of Samsung’s Galaxy Tab 10.1 and Galaxy Nexus, demanding that they stop selling the banned products. 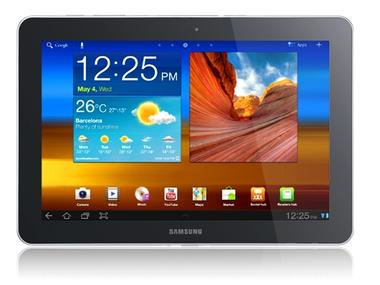 Apple’s actions were revealed in a court filing made by Samsung this week, summarized by Florian Mueller of FOSS Patents. The enforcement of the ban involved letters “to many carriers and retail companies that currently sell” the banned products.

“Apple’s menacing letters greatly overreach, incorrectly claiming that third-party retailers are subject to the prohibitions of the preliminary injunction, which clearly they are not,” Samsung argued in its court filing. They are of the opinion that retailers “are permitted to sell their existing inventory, even without a stay.”

Mueller said in his analysis that Apple’s approach is “aggressive,” but Apple’s understanding of the injunction against Samsung’s products is “not baseless.”

Apple’s enforcement of the injunctions against the Samsung products comes as the two companies are preparing for their legal showdown on July 30 when their patent infringement trial kicks off.

Apple won temporary U.S. injunctions against Samsung’s Galaxy Tab 10.1 tablet and Galaxy Nexus in late June. Samsung, won a stay on the injunction against the Galaxy Nexus earlier this month.