Apple has filed a patent application for an iPhone headset accessory that could operate as a wireless Bluetooth headset, and could also connect to the handset to charge, or be used as a wired headset. 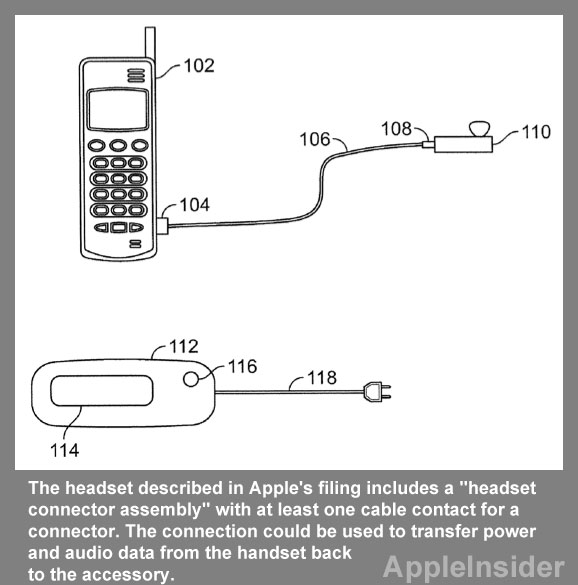 The application hints at Apple’s renewed interest in building its own Bluetooth headset, though, it should be pointed out that the company frequently patents inventions that never make it to production.

“The relatively small form factor of Bluetooth headsets often entails a relatively short battery life, which requires relatively frequent recharging, often using a power adapter that is plugged into an electrical wall outlet,” Says the background section of the application. “The necessity to recharge headsets in such a manner can make Bluetooth headsets relatively impractical to use for extended conversations.”

The handset would include a “headset connector assembly” with at least one cable contact for a connector. The connector could be used both for power, and to transfer audio data from the handset to the accessory.

The patent application was filed on December 29, 2011. John Tang and Brett Alten are listed as the inventors.

Apple once sold an iPhone Bluetooth headset as the first accessory to its device. The headset was discontinued in 2009