Higher-resolution versions of graphics for Apple’s online store have been found, indicating the company is prepping the website for their devices with Retina displays. 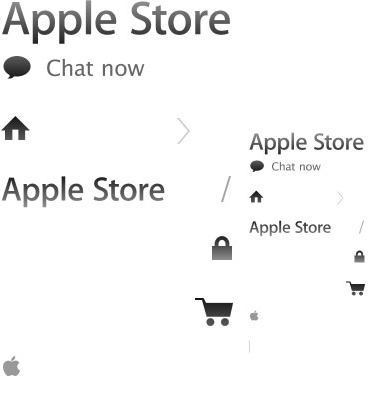 New Retina-quality graphics were found on Apple’s servers this week by Callum Strong, developer with Fat Media. As highlighted by Macotakara, the new graphics haven’t gone live yet, but are a sign that Apple is in the process of upgrading its online store for Retina displays.

Although some hi-res files have been discovered, the images at the online Apple Store still appear blurry when the site is viewed on a third-generation iPad, or a MacBook Pro with Retina display.

Apple upgraded other parts of its website in March with high-resolution images before the launch of the latest model iPad with Retina display.

Apple uses a file naming convention of “2x” to set the difference between normal and double-resolution files on its website. The updated graphics in the Apple Store are identified as “store-header-footer-sprite@2x.png.”