The Olympics, starting later today, have been built up for the past year, and especially in England, everybody has been going crazy. However Apple, as always, has retained it’s cool approach, opting to give out elegant union jack pins to people who make an Apple Store purchase in London while stocks last and on select days, MacRumors reports. 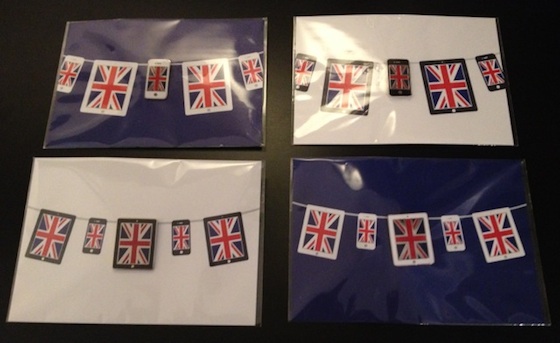 The pin comes attached to a sheet of cardboard (the middle pin being the real one) and will no doubt become collectors items after the Olympics finish.

It is unclear exactly which Apple Stores will give the pins out, but from my experience, I’m guessing it is only those in London. I went to the Apple Store in Cambridge, outside of London, yesterday to buy an iPod classic (a sizeable purchase) and wasn’t offered anything, so you have to assume that Apple is restricting them to the London area only.

Apple provided similar souvenirs for the Vancouver Winter Olympics in 2010, giving out iPod nano pins with the Canadian maple leaf and the Apple logo.