A firm called “Noise Free Wireless” has filed suit against Apple, saying that the iOS device maker is using proprietary information obtained from meetings to develop its own noise reduction technology. 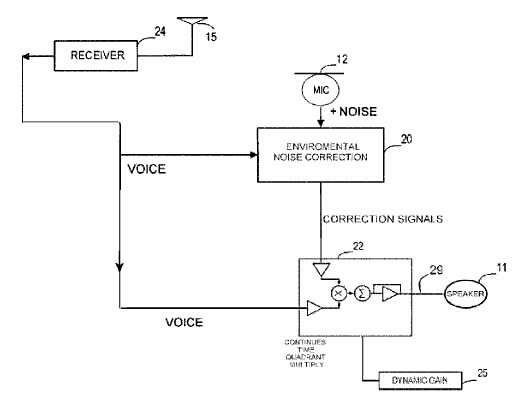 The complaint was filed last week by Noise Free and discovered by IDG News Service. The plaintiff is accusing Apple and its partner Audience of patent infringement, misappropriation of secrets, breach of contract and violation of a California statute on unfair competition.

According to court filings, Noise Free approached Apple with a presentation about its technology in September 2007, with the hope that Apple would use the noise reduction technology in its new iPhone. The two firms agreed to hold all shared information as confidential and continued meetings through 2008.

“At one point, Apple’s head of mobile phones and tablets was called into the meeting to learn about Noise Free’s technology,” the filing read.

Noise Free and Apple allegedly continued meetings through the summer of 2010 until Noise Free learned that Apple had partnered with rival Audience for noise cancellation chipsets and software.

Noise Free alleges that Apple “performed a series of unauthorized tests on Noise Free’s hardware, improperly extracted Noise Free’s proprietary and confidential object code” and then used that to replicate the technology on its own.

The complaint claims that the iPhone 4 and 4S, all the three generations of iPad and other products infringe the ‘790 patent. Noise Free is seeking “exemplary or punitive damages” against Apple and Audience for the alleged misappropriation of its trade secrets. The company also asks the court to grant it any patents that would come from Apple’s own patent application for noise cancellation technology.