A new Nielsen Survey shows that 2 out of 3 Americans who purchased a new mobile phone in the last three months chose a smartphone instead of a feature phone. As of June 2012, 54 percent of survey respondents said they chose an Android handset and 36 percent bought an iPhone. 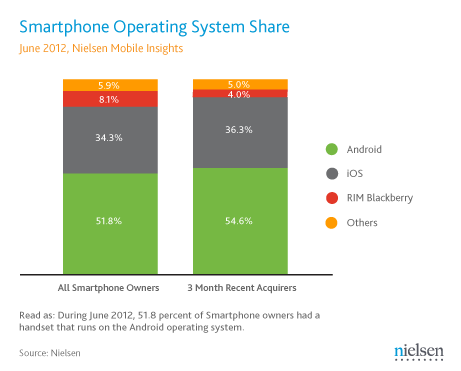 Overall among respondents, Apple had the highest manufacturer share of smartphone handsets, as seen in the graphic below, which uses some odd proportions to represent sales. 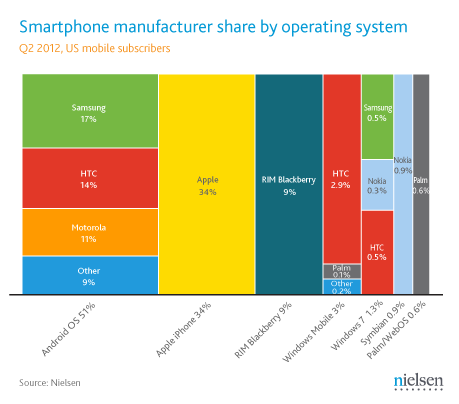 Smartphone use is booming in the United States, even as sales are dropping for PCs. 9to5Mac calculates that if 66 percent of buyers purchase smartphones, and 36.3 percent of them buy the iPhone, the a quarter of all smartphones purchased in the U.S. are iPhones. It also means that 36 percent of phones bought are of the Android variety.