Nokia has cut the price of its flagship Lumina 900 smartphone in half. The device, which will not run Microsoft’s upcoming Windows Phone 8 platform refresh, can now be had for $49.99. 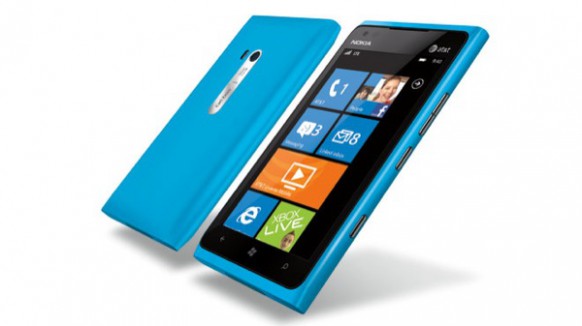 The Finnish handset maker is attempting to spur sales of the Lumia 900 in the wake of Microsoft’s announcement that Windows Phone 8, set to launch this fall, will not run on legacy devices. With a new two-year contract, the Lumia 900 can now be bought for just $49.99, down from its original $99.99 price tag.

Shares in Nokia fell more than 3 percent on Monday, as investors showed concern that the price cut of the Lumina 900 is a “sign of desperation” as Nokia continues its struggle against the Apple iPhone, and Android-based handsets.

The Lumina 900 took a heavy blow last month when it was announced the it won’t be upgradeable to Microsoft’s Windows Phone 8 platform. Microsoft does plan to offer an update in the guise of Windows Phone 7.8 that will add some of the “8” features to the platform, such as an updated Start screen with customizable tiles.

Nokia has placed its hopes on the Windows Phone platform in a move away from its own Symbian operating system. The once dominant handset maker has lagged behind as the iPhone and Android phones have taken over.