It wasn’t long ago that we reviewed the original iCade – a full-on arcade cabinet for the iPad that caused my office to glow with nostalgia! The iCade now has a more portable and slightly less expensive brother – the iCade Core! 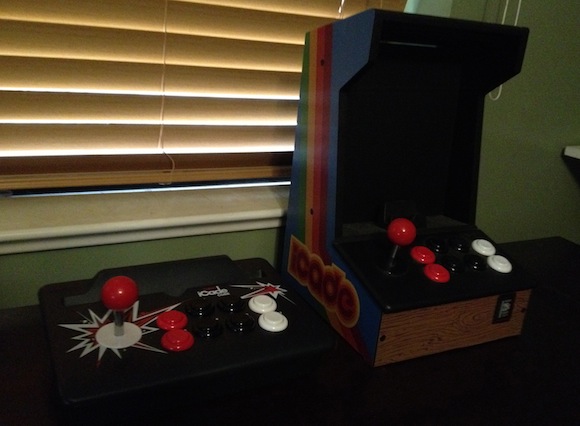 The iPad can be a great device for gaming, but the touch-based gaming that the iPad provides isn’t really the same as using actual buttons or joysticks. The original iCade took this problem on in the most nostalgically correct manner (a full-fledged arcade cabinet).

The iCade Core takes the concept of the iCade and breaks it down to its essentials, ditching the heavy wooden panels to offer a more portable gaming experience with the same benefits as the original – including Bluetooth wireless connectivity and battery-powered operation (two AA batteries, although it also includes AC-in for plugging into the wall).

Unlike the original iCade, the iCade Core is portable and lightweight enough to fit in a backpack, which makes it much more versatile – and a great way to ensure you get invited to more parties! 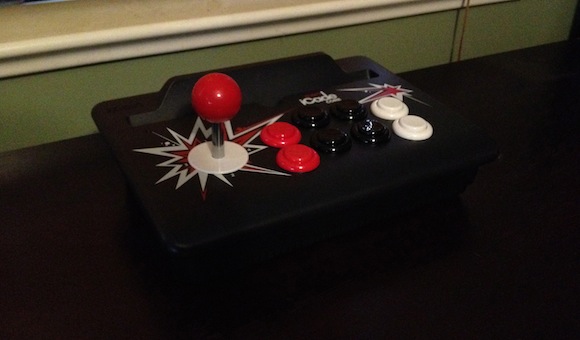 Often when a design is made thinner and lighter, it comes at the cost of build quality. I was pleased to find, however, that the iCade Core features the same above-average build quality that made the original so great – it even uses the same joystick and button assembly as the original! The iCade Core is very sturdy, and has a pleasant solid feel.

While the quality has been maintained, both the weight and the footprint of the iCade Core have been drastically reduced – the entire package weighs under a pound, and fits in a somewhat smaller space than the original iCade. It also includes a slot to pass a dock cable through, just like the original, so you can charge your iPad while playing if you like.

I also found it interesting that, like the original, the iCade Core does not have a power button. Instead, it automatically goes to sleep after a short bit of inactivity. I actually think this is a good thing – you won’t have to worry about forgetting to turn it off! 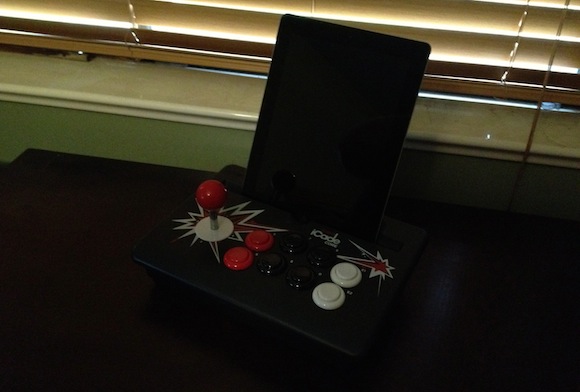 While I appreciate the durability of the iCade Core, as well as most of its design features,  I worry a bit about its stability. While the iCade Core can hold an iPad in either portrait or landscape orientation, neither angle felt very secure – an iPad could easily be tossed from the iCade in vigorous gameplay, as it isn’t held on by anything beyond its own weight.

Setting up and using the iCade Core is a snap – and Ion seems to have gone to great lengths to streamline the process. Pairing the device to your iOS device is a simple matter of tapping in a certain sequence of numbers when prompted by your device.

A map of which button produces each number can be found both in the operating manual, as well as plainly situated on the bottom of the unit in case you lose your manual. If you’re anything like me, this happens a lot. 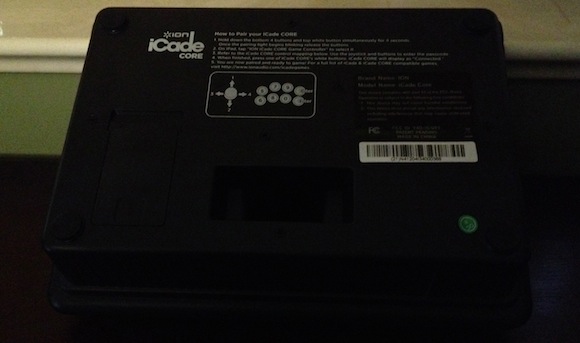 Now that the iCade isn’t a brand new thing anymore, there are actually quite a few apps that you can control with the iCade (complete list available at Ion’s website) – including Pac-Man for iPad and two of my all-time favorites: Super Mega Worm and Paper Monsters (a fantastic Mario-like platformer).

All in all, I had an excellent experience with the iCade Core. While I still prefer my full-size original iCade for most of my retro iPad gaming, the portability of the iCade Core (and the fact that it can be stuffed in a drawer) makes it very appealing – and unless you’re particularly set on buying the full-blown original iCade, I would definitely recommend the iCade Core over its older brother.

For its quality and durability, I award the iCade Core 4 out of 5 stars, deducting a point for its lack of stabilization for the iPad under gameplay conditions. The iCade Core is available now for $89.99 directly from Ion, and is also available for $78.11 with free shipping from Amazon.com. 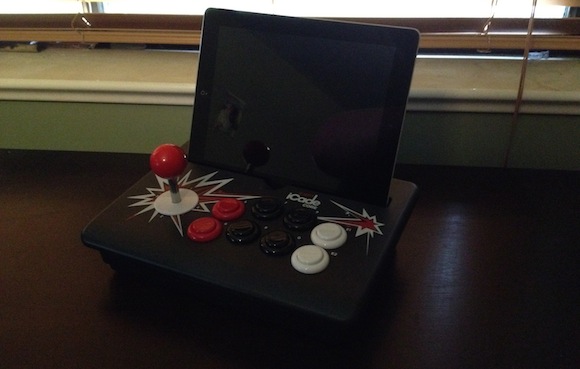