Apple has worked very hard over the last 4 years to make iOS devices a gaming platform for the masses. While that can mean a number of things, one thing is for sure – there is no shortage of games to suit everyone’s tastes. For fans seeking an interactive puzzler or old-school playability, Nihilumbra is sure to entertain for hours.

Nihilumbra ($2.99 in the App Store) is an addictive game for iOS devices that unlocks your creativity and logic and puts it to work in a dark and creepy world. Your character, Born, was created from the Void. Born must use the colors of the world around him to escape being reclaimed by the void. 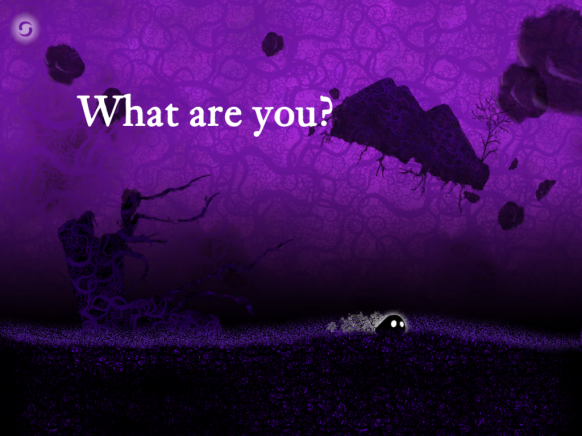 The world of Nihilumbra features 5 unique elements, or colors, each with their own physics that aid Born in avoiding the creatures of the ominous creatures that stand in his way. As Born grows, he discovers more about the world around him, and learns how the world has fallen into its current state.

Born is assisted by an unnamed narration. As you maneuver through the levels, captions display on the screen and can give you advice on how to proceed. While these can be very helpful, there is also a level of negativity and pessimism in every word. You aren’t meant to be free of the void, and the narration is sure to let you know.

Game control features two options – tilt or on-screen buttons, so it’s more welcoming to a wider range of players.  While Nihilumbra is truly unique, certain elements of it are reminiscent of old-school video games of the late 90s and early 2000s (Like Oddworld, The Void, or LIMBO)  The visuals in the game are captivating, dark, and look fantastic on a retina display.

Nihilumbra is mesmerizing and addictive. The intellectually stimulating game provides hours of entertainment. The creative use of old-school game style, imaginative creatures, and ambient music make Nihilumbra an excellent addition to the iOS game scene. 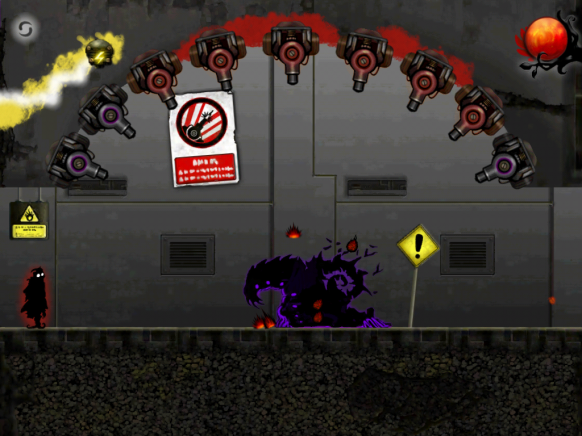 Check out the trailer for Nihilumbra, and pick it up for $2.99 in the App Store.