Comments from AT&T Mobility CEO Ralph de la Vega today reveal that the carrier has had record-breaking smartphone sales through the first two months of the fourth quarter of 2012. This could be an indication that Apple will have a great quarter. 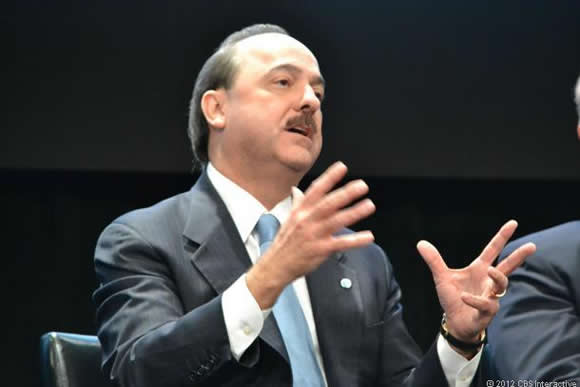 The wireless carrier is selling smartphones at a record pace — 6.4 million already in the first two months of the quarter, according to Ralph de la Vega, CEO of AT&T’s mobility arm. De la Vega, speaking at an investor conference today, said he now expects to sell 26 million smartphones this year, 1 million more than previously expected.

The current record for AT&T activations was for the fourth quarter of 2011. That period saw 9.4 million smartphone activations on the back of the iPhone 4S launch.

The iPhone typically grabs about 70-80% of the AT&T smartphone sales, so these numbers for the carrier bode well for Apple.

Apple is reported to be expecting a huge quarter, as they have issued guidance for a record $52 billion in revenue, riding the back of strong sales of the iPhone 5, iPad mini, and the 4th-generation iPad.

De la Vega also noted that the company was expecting big things from tablets, saying the company’s recent $100 promotion and the mobile data share plan have driven interest. “I can’t fathom how many tablets will be under the Christmas tree,” he said, adding that this is the first time all three major operating systems have tablets.