Love to follow sports? Want to have the latest schedules, scores, stats, and rosters at your finger tips? No matter what sport you follow? (OK, within reason.) Well, here’s how to use Siri to follow your favorite leagues, teams, and players.

Since it’s football season, we’ll use the NFL in our examples, but this will work with almost any major sport. (And no, bocci ball is not a major sport.) 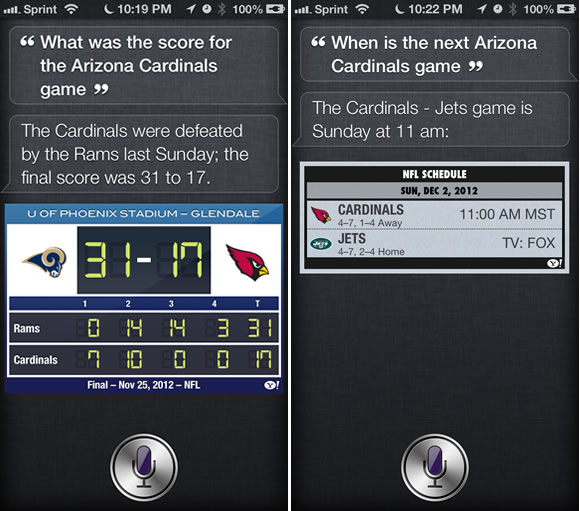 Now, you want to check out the standings in the NFL, just to see how far the Cardinals are out of the playoff race. Bring our girl Siri back up, and just say, “NFL league standings.” Siri grabs the standings, and displays them as shown, below left. 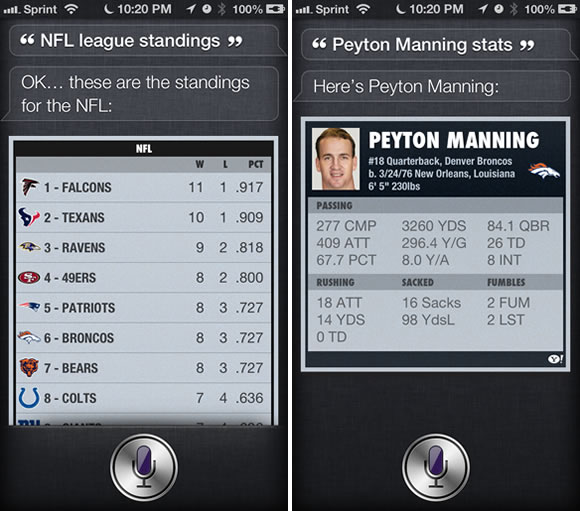 Do you have a friendly wager or disagreement over a certain players stats for the year? Let’s say it’s Peyton Manning, just tell Siri, “Peyton Manning stats.” She’ll bring up his current stats, as seen above right.

There you have it, sports scores and information with a push of a button. Siri knows sports.