Wanna know how Santa’s coming along with all those gifts tonight? Here are a few ways that how you can use your Mac, iPhone, or iPad (and other platforms, of course) to keep track of the big guy tonight!

Tracking Santa From Your iOS Device 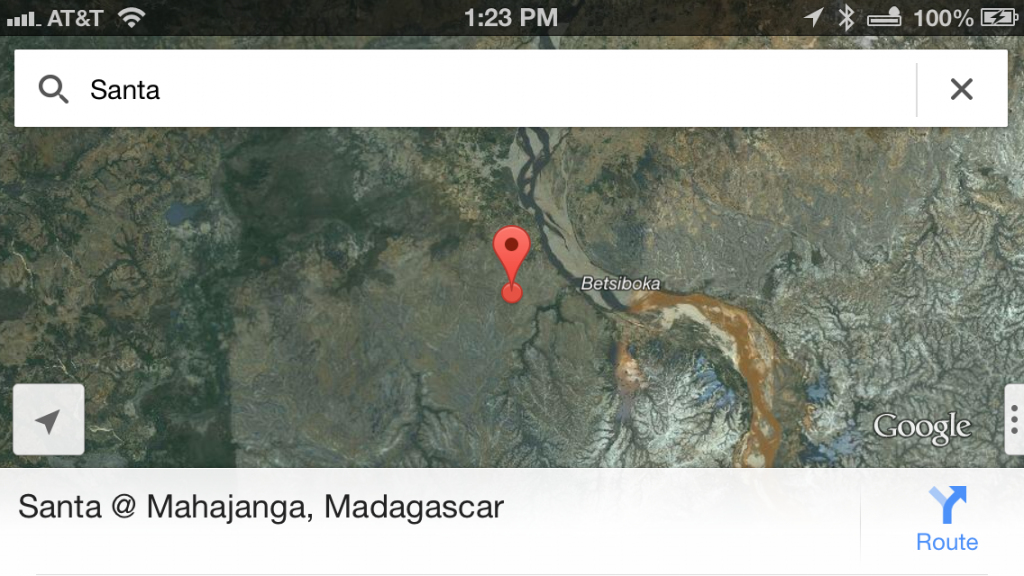 Google and NORAD are no longer partners – but Google has made things very easy this year even without their help. All you have to do to track Santa from your iOS device is launch Google Maps (or go to maps.google.com from your browser) and type “Santa” in the search box, and you’ll be given the latest data on Santa’s location.

Aside from just using Google Maps for iOS, you can also track Santa using NOAD’s own free app, which is available through the App Store. It’s also abailable for Android and Windows Phone, for those of you not firmly in Apple’s mobile device camp. NORAD is also posting Twitter updates under the @NoradSanta account. Track Santa Using Siri and Apple Maps 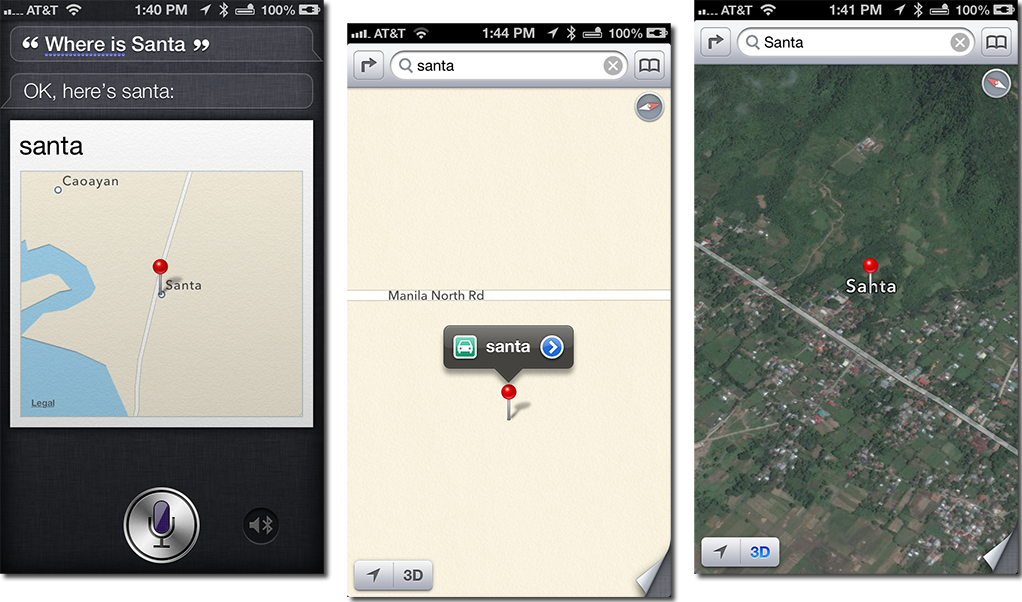 Tracking Santa From Your Mac

Google has launched a nice tool of their own for tracking Santa, despite not partnering with NORAD any more. Google’s web-based Santa Trackeris pretty slick, charting present delivery, the amount of distance Santa has covered, when he departs from a certain location, and a personal status update direct from Samta! You can also get 3D satellite imagery if you instal the Google Earth plugin! 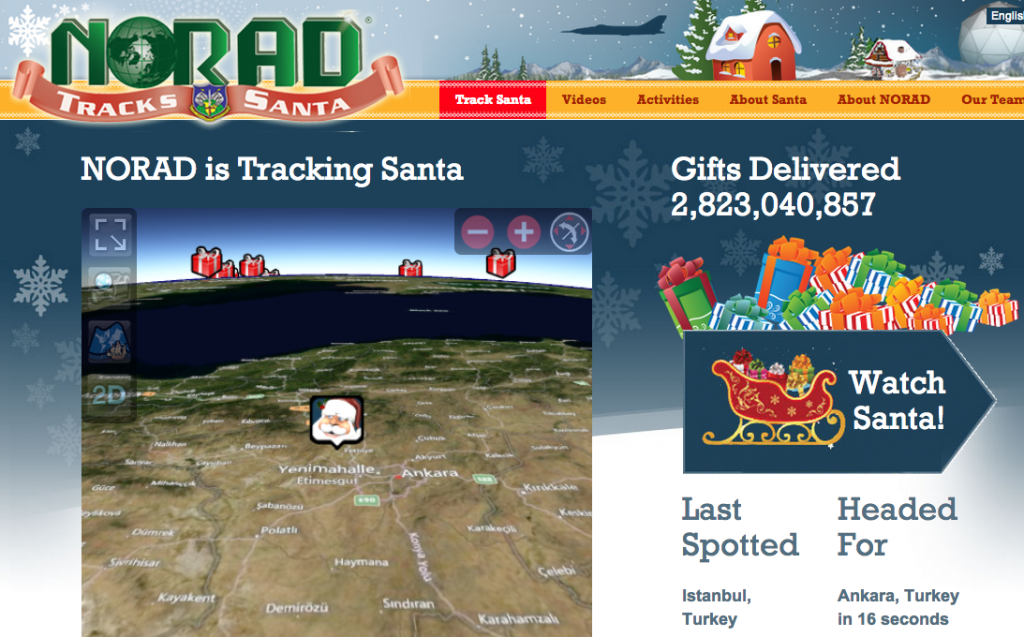 Not to be outdone by Google, NORAD has a great Santa tracking site of their own! The website provides live satellite imagery, locations of past present drops, and even Santa Cam clips of the Big Buy himself visiting various locations! NORAD is also posting Twitter updates under the @NoradSanta account.