Ad network and analytics firm Chitika says their data shows that the jump in iOS 6 adoption was actually caused by the recent launch of the iPhone 5 in China, not the release of Google Maps, as suggested in a story yesterday. 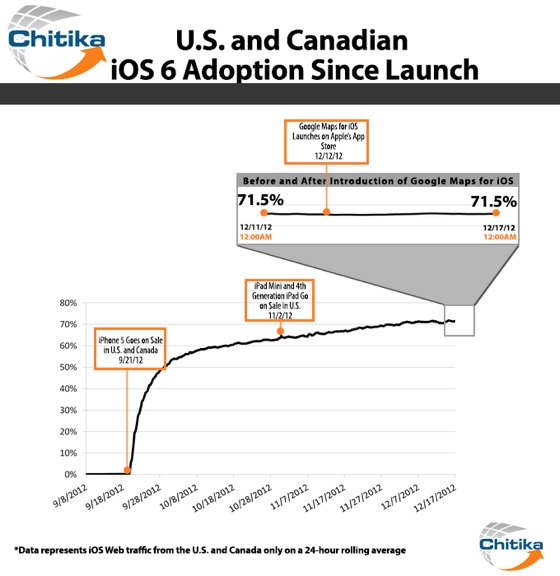 In the chart above — which only looks at data from the U.S. and Canada, rather than the international data that MoPub examined — the iOS 6 adoption slope following the release of Google Maps for iOS remains practically unchanged from before the release, suggesting that a sea change in iOS 6 adoption rates resulting from Google Maps release is inaccurate.

Apple issued a press release last weekend, announcing that it had sold more than two million iPhone 5 units in China over the first three days of availability.

Google reported earlier this week that Google Maps for iOS had been downloaded more than 10 million times.