In case you were worried, and it was affecting your ability to have a happy holiday season… Please be assured the Jobs Family Yacht is free once more to sail the seven seas, as the financial dispute with Philippe Starck has been resolved. 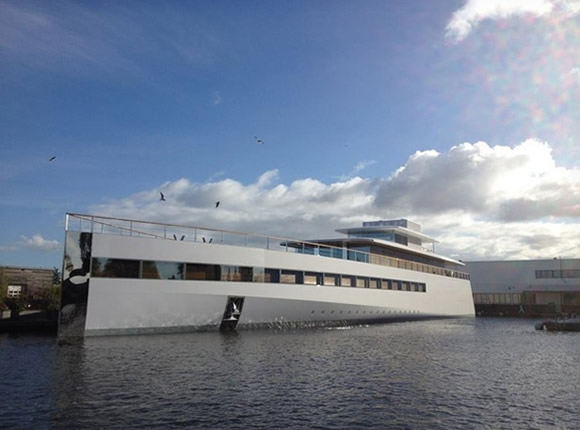 A lawyer representing the Jobs family told French newspaper Le Mondevia The Next Web) that a resolution has been reached between them and Starck. As a result, the yacht is now free to leave the dock it is stationed at in the Netherlands.

The yacht was sequestered by lawyers in Amsterdam last week. The financial dispute was over the fact that Starck believed he was due 9 million euros, while the Jobs family claimed he was due “only” 6 million. While the terms of the agreement that was reached were not announced, it was suggested the designer did not receive the amount he was looking for.

The uber yacht was first revealed to the world in October.