There are more weather apps on the App Store than Christmas songs at this time of year, so it really takes something special to stand out from the crowd. With thousands to choose from, it can be difficult to know which one is best. WeatherOn will hope that it has done enough to make a difference, and the prospect of a weather app based around notifications and a Metro style interface should be interesting. Let’s see how it performs. 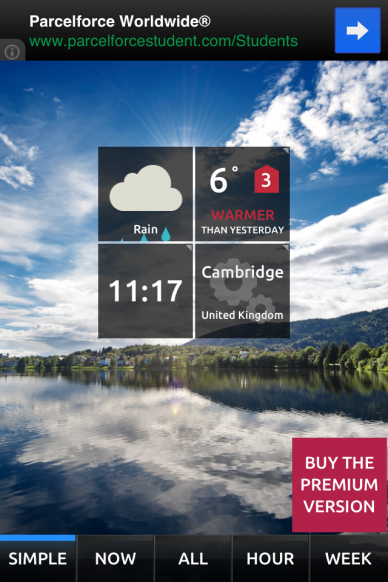 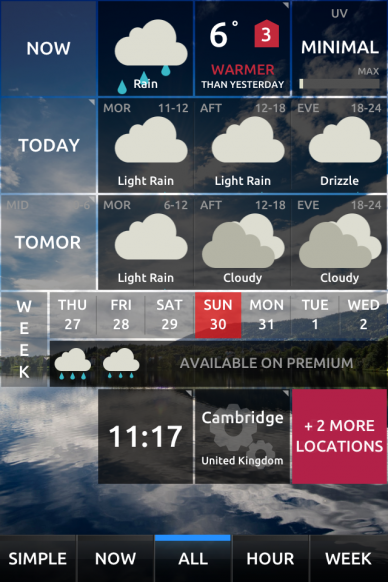 When the app opens, it takes you to the home screen, which is where you’ll see the location or city you want set up. The first thing you’ll notice is probably the tiled interface, rather like the Metro style UI of Windows 8. Whther you like it or not is down to personal preference. If you like Windows 8 though, you’ll like this. I’m indifferent.

To move between the different screens you do so with the tabs at the bottom, which is a slight disappointment. You would expect a more natural swiping motion, and that definitely takes something away from the app.

However, when you hit the the ‘Now’ button, it’s a weathergasm. You get info such as current UV, visibility, humidity, pressure, sunrise/sunset and more. Basically everything you want to know about what the weather’s doing. Probably the best part of the app.

The Hour and Week tabs will give you forecasts for the respective timeframes, but obviously less detailed and more generalized than in the ‘Now’ section.

This brings us on to some of the negatives. Being the free version of the paid app, it’s obviously going to have limitations. You can only add one location for weather information, certain weather information is unavailable, and ads are plastered all over the app, making the user experience very uncomfortable. That being said, paid a bit of money and these issues will be sorted. 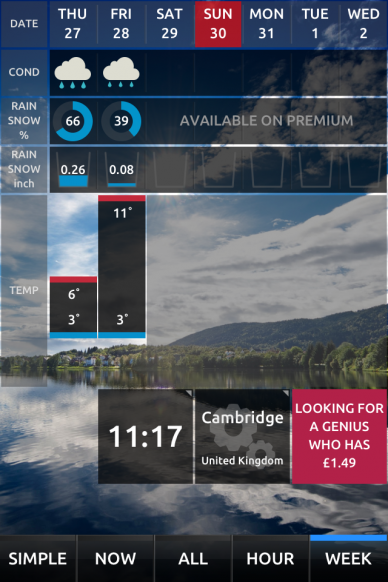 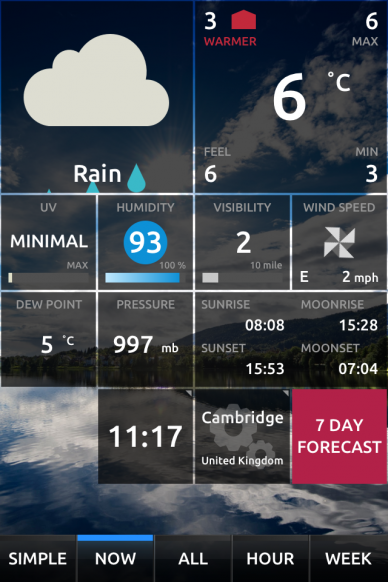 To end on a high, the notification system does work well. It will send you one every morning with the forecast for the day, so a glance at your iPhone will give you all the info your need. However other weather apps have this as well, so it isn’t a super inventive feature.

Is this anything special? Not really. Would the paid version be better? Probably. Are either of them really worth it? Not really. You’d be quite crazy get make a weather app unless you had a revolutionary idea, which this app just hasn’t got, so unfortunately I’d say this isn’t really worth it. At least not to me. The tile interface is nice if you like Windows 8, but a part from that, choose another ad-free weather app, preferably by an official authority.