U.S. Senator Claire McCaskill (D-MO) has sent a letter to the head of the Federal Aviation Administration. She says the flying public is “growing increasingly skeptical” of prohibitions on the use of electronic devices like tablets and computers during the beginning and end of flights. She also promises that she is “prepared to pursue legislative solutions” if the FAA doesn’t act quickly. 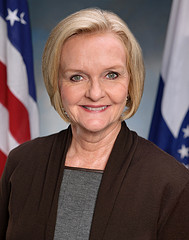 The senator notes the “absurdity of the current situation” since the FAA has recently approved the use of iPads to replace paper flight manuals.

“As you surely know, the public is growing increasingly skeptical of prohibitions on the use of many electronic devices during the full duration of a flight, while at the same time using such devices in increasing numbers. For example, a traveler can read a paper copy of a newspaper throughout a flight, but is prohibited from reading the same newspaper for major portions of the flight when reading it on an e-reader. The fear of devices that operate on electricity is dated, at best. Importantly, such anachronistic policies undermine the public’s confidence in the FAA, thereby increasing the likelihood that rules of real consequence will be given too little respect. The absurdity of the current situation was highlighted when the FAA acted earlier this year to allow tablet computers to replace paper flight manuals in the cockpit, further enhancing the public’s skepticism about the current regulations.”

Senator McCaskill goes on to say that while safety and security must be the top priority in air travel, the agency should also work to ensure air travel is as hassle-free as possible, by removing or revising regulations that have become unnecessary or outdated. In closing she says, “While the agency can and should use existing authorities to allow for the broader use of PEDs, I am prepared to pursue legislative solutions should progress be made too slowly.”

The FAA announced earlier this year that it was taking a “fresh look” at the use of digital devices such as iPad during takeoff and landing. No changes in policy have as of yet been announced.