Apple’s beleaguered shares took another hit on Wednesday, down nearly 2% for the day, after the Financial Times reported that the hiring freeze at Foxconn factories were due to a slowdown in iPhone 5 production. A Foxconn spokesperson later denied that the slowdown had anything to do with Apple’s flagship device. 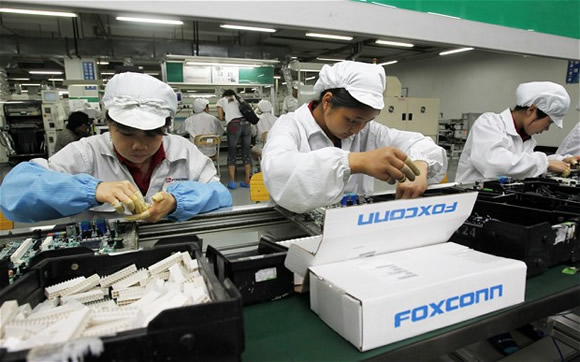 The last theory would mean Apple did have something to do with it. Merely by making Foxconn treat their workers better!

According to Daryanani, History shows that 20%-30% of Chinese workers don’t bother to come back after the holidays to factory jobs. Factors for going AWOL include low pay and harsh working conditions. However, according to Daryanani’s sources, this year the return rate is coming in closer to 90%.