A number of Best Buy stores will soon feature a special section dedicated to showing off tablets, computers, and smart phones from a world leader in device manufacturing. What’s that you say? Apple already does that in Best Buy stores? Well yeah, but this isn’t Apple, it’s (wait for it…) Samsung! 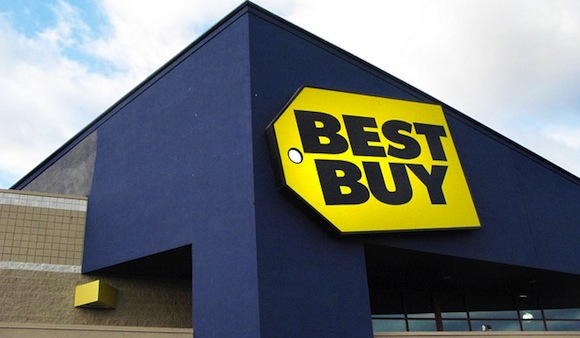 Following a path first walked by Apple, Samsung will be getting its own mini-stores inside Best Buy locations, according to Geek.com. Information on what the new Samsung sections of Best Buy’s mobile departments will look like is as yet unavailable, but the retailer is said to be preparing a roll-out of Samsung mini-stores in select Best Buy locations in the near future.

The first batch of Samsung mini-stores will be placed in high-traffic Best Buy locations, and will be timed to coincide with the release of the Korean company’s newest flagship device, the Galaxy S IV. Two aisles will be removed from next to Best Buy’s mobile device department to make way for the new store-within-a-store.

The displays will feature large Samsung signage, and room to do demos of Samsung devices. A second round of mini-shops will begin popping up like weeds later this year.

For Best Buy, the move should only help the struggling big-box electronics and appliance dealer in its attempt to attract customers who are increasingly attracted to Internet-based shopping. Samsung will benefit from getting its products in front of more shoppers, and allow it to battle toe-to-toe with Apple, the only other manufacturer of its type that has exclusive space set aside for it at Best Buy.

While Samsung has attempted it’s own standalone stores in the recent past, they have as yet to attract the attention of shoppers and haven’t attracted the same favorable attention Apple’s stores often do. At a recent opening of a Samsung location in Sydney, Australia, a reporter merely described the store as “Apple-esque.”