In-app purchases have proven to be an excellent revenue stream for developers of apps found in Apple’s App Store and the Google Play Store, but now a government department in the U.K. is taking a look into whether developers are misleadingly enticing children into making these types of purchases. 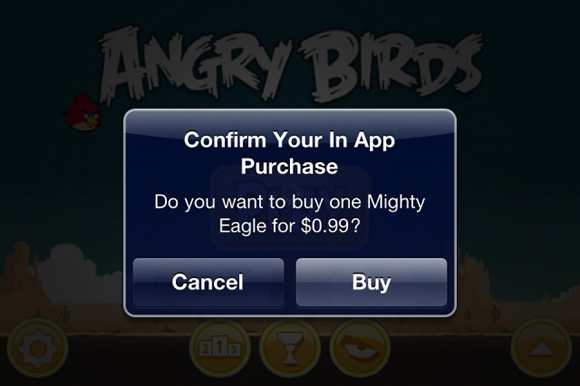 The U.K.’s Office of Fair Trading is launching an investigation into the practices underpinning in-app purchases in games targeting children, according to the BBC. The office is requesting input from parents that have seen games aggressively pushing in-game purchases and putting undue pressure on children.

“We are concerned that children and their parents could be subject to unfair pressure to purchase,” said Cavendish Elithorn, senior director for goods and consumer at OFT, “when they are playing games they thought were free.”

Elithorn says the OFT is NOT looking to ban in-app purchases, the office merely hopes to ensure that the game developers are following the relevant laws.

In-app purchases have come under scrutiny recently, as a number of reports have come to light of children running up considerable amounts on their parents’ credit cards by making unsupervised purchases on their mobile devices.

A boy in Belfast ran up £980 in in-game donuts (mmmm…. donuts!) on his parents’ iPad playing a “Simpsons” game. A British moppet charged £1,700 to his parents, all while playing one game. In both cases, the parents received refunds.

The “freemium” model has become popular in the iOS and Android stores. Developers give away the game for free, and then charge for purchases users make inside the app. In-app purchases account for 71% of all iPhone app revenue.

Apple was hit recently with a class action suit alleging the company didn’t do enough to ensure that children can’t rack up huge in-app tabs. The company recently made a settlement offer in the case, which included refunds for excessive charges.

Apple recently added a warning to the pages of apps that offer in-app purchases, in a an attempt to ward off any further controversy.