The USB 3.0 Promoter Group on Wednesday announced that it has completed the USB 3.1 specification. The new spec supports data transfer speeds of up to 10 gigabits per second, the same as the Thunderbolt interface currently found on all current model Macs. 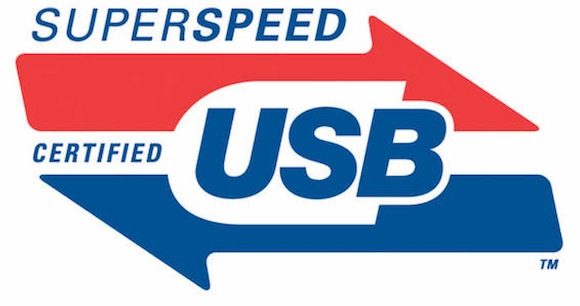 USB 3.1 will supplant “SuperSpeed” USB 3.0, which is limited to 5 Gbps. The USB 3.0 Promoter Group says that more efficient data encoding is used in 3.1, enabling the higher speed. As before, USB 3.1 will be backwards-compatible with older USB devices.

USB 3.1 should enjoy widespread adoption as an interface standard, just as previous implementations have. But does this mean the end of Thunderbolt? Hardly.

Neither interface is going away any time soon. USB 3.1’s backward compatibility ensures it’s acceptance from most camps. It’s ubiquitous use as a charging and syncing interface for mobile devices guarantees it’s going to be around for the long run.

Thunderbolt will also be hanging around, with it’s inclusion on all Macs currently being produced, and its ability to provide a relatively small high-speed interface that can carry data, and works quickly enough to easily support video displays. (Thunderbolt 2’s expanded 20Gbps bandwidth will support 4K video.)

USB 3.1 won’t be making its appearance on shelves any time soon, as the specs are just being finalized, and even the promoter group say they don’t expect devices that support 3.1 to appear until late 2014.

In the meantime, Thunderbolt 2 is expected to make its first showing on the redesigned Mac Pro, scheduled to ship later this year. It’s reasonable to believe that by the end of 2014, Thunderbolt 2 should be standard across the entire line of Mac computers.

How about it readers? Is USB 3.1 a big deal for you? How about Thunderbolt? Other than video displays, do you even use the Thunderbolt port on your Mac? Tell us in the comments section below.