Apple’s GarageBand for Mac, the popular music and podcast creation software, will be on the receiving end of some new features on June 30. MacWorld editor Kirk McElhearn noted on his personal blog, Kirkville, that the app will gain new features for its built-in recording and editing features, including Smart Controls and the Piano Roll Editor. 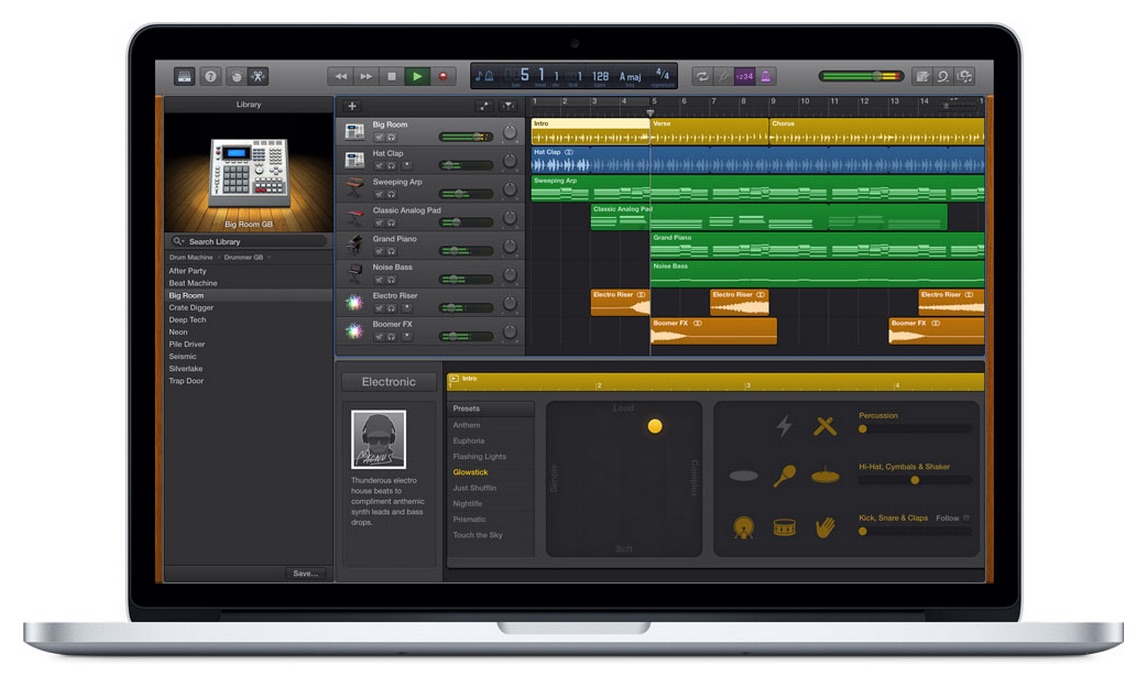 “Capture your changes in real time by adjusting any of your software instruments’ Smart Controls while recording a performance,” reads a caption on the GarageBand website. “You can also fine‑tune your music later in the Piano Roll Editor.”

The website lists the new features as available on June 30 in the United States, the same day Apple Music debuts), and lists it as “coming soon,” for other countries.

Apple’s website also notes the update will include “100 EDM‑ and Hip Hop‑inspired synth sounds” and a new Transform Pad which allows users to morph synth sounds and loops with various effects.

AppleInsider notes that the Transform Pad control is nearly identical to the remix pad found in Camel Audio’s Alchemy Mobile app, the company which Apple acquired in February.