Intel today at Computex 2015 unveiled Thunderbolt 3 with a USB Type-C connector, no longer supporting the Mini DisplayPort connector, instead offering support for USB-C offering transfer speeds of up to 40Gbps. 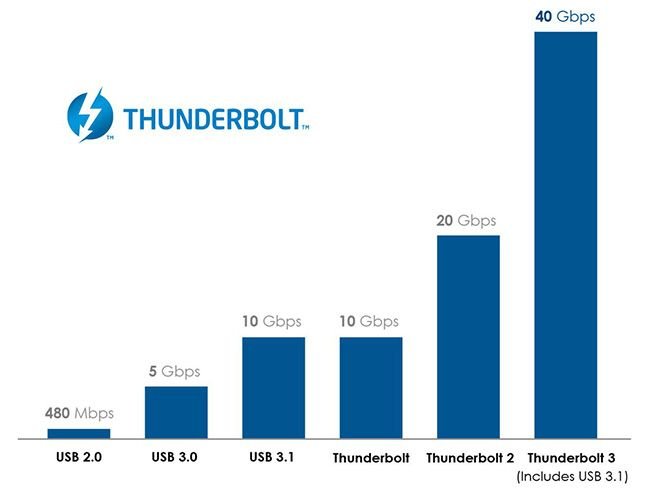 Users who spring for a high-end active copper USB-C cable can see up to 40Gbps transfer speeds over Thunderbolt 3. Optical cables offering the same high speeds, but over longer distances, are expected to hit shelves next year.

Thunderbolt 3 will also simultaneously support DisplayPort 1.2, third-generation PCI Express, along with support for power supplies for recharging notebooks at up to 100 watts. Thunderbolt 3 can also – via an active copper cable – support dual 4K monitors, along with 10-gigabit Ethernet.

Computers supporting Thunderbolt 3 are expected to hit the market later this year, although they will likely require Intel’s next-generation Skylake processor platform.

Apple already supports the USB-C connector with its 12-inch MacBook, released earlier this year. It is likely that Thunderbolt 3 compatible USB-C ports will find their way into Apple’s lineup, alongside the Skylake processors.