Apple made a few Apple Pay-related announcements during Monday’s WWDC 2015 keynote that got lost in the shuffle a bit, what with their other big announcements. 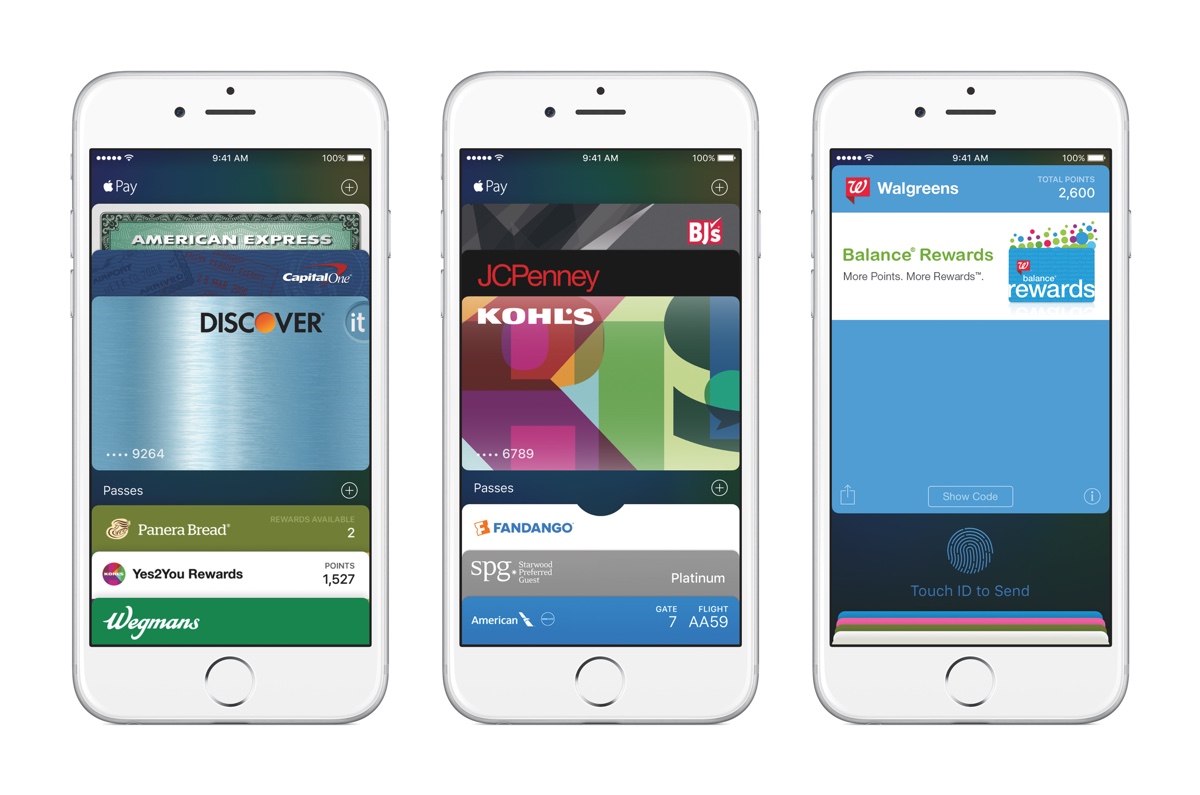 Apple Pay is adding support for rewards programs and store-issued credit and debit cards alongside the release of iOS 9 in the Fall. Apple Pay will also be expanding to over one million locations next month, via a deal with small merchant payments processor Square.

Credit card issuer Discover will also support Apple Pay, beginning in the Fall. This means Apple Pay will be accepted across all of the major card networks, representing 98% of all credit card purchase volume in the United States.

“Apple Pay has kicked off a new era of payments and our users love the incredibly easy, secure and private way to pay,” said Eddy Cue, Apple’s senior vice president of Internet Software and Services. “We’re bringing our customers the most requested features with support for rewards and store-issued cards, and expanding how and where Apple Pay is accepted, which truly transforms the way people pay.”

The Passbook app will receive a new moniker with the release of iOS 9, it will be called “Wallet,” and will work with Apple Pay to offer additional options during checkout to support rewards cards and store-issued credit and debit cards. Users will simply add a participating rewards or store-issued card to Wallet, and it will automatically be available at checkout.

This fall, more than 80 million active members of Walgreens Balance Rewards program, the nation’s largest drugstore loyalty program, will be able to easily and securely use their rewards with Apple Pay. Kohl’s Department Stores will soon begin offering Apple Pay to its 30 million Yes2You Reward program members. Other merchants to offer reward programs include: Coca-Cola, Dunkin’ Donuts, Panera Bread and Wegmans Food Markets. Store-issued cards to soon be available to Apple Pay users will include BJ’s Wholesale Club, Kohl’s Department Stores and JCPenney, with more on the way.

Pinterest will also launch Buyable Pins later this month, allowing users to purchase items from over a thousand stores like Cole Haan, Macy’s and Neiman Marcus from right within the Pinterest iOS app with Apple Pay.

Apple also announced that starting next month, Apple Pay will be available to customers in the UK. At launch, over 250,000 locations will accept Apple Pay, with support from eight of the UK’s most established banks, across all of the major credit and debit card networks.