Eltima has announced the Commander One PRO File Manager app for Mac OS X – created entirely in Swift – is now available via the Mac App Store. The app’s dual-pane interface makes browsing and managing content on your Mac as simple as drag-and-drop. 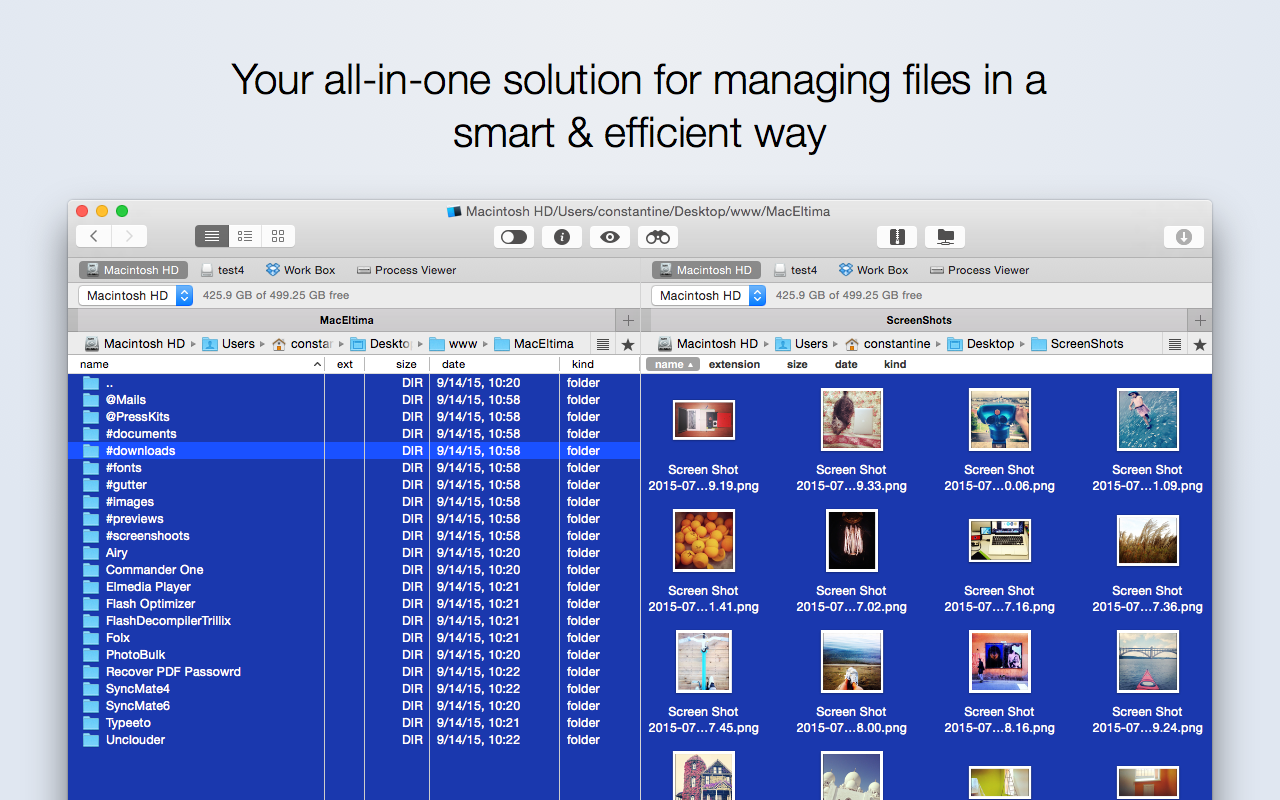 “Commander One offers basic navigation like copying, moving and deleting files, drag & drop and more. The app works as an FTP & SFTP client, supports a number of archive formats, enables you to link your Dropbox accounts to the machine and much more.”

Commander One’s drag and drop dual-pane interface will appeal to users who are familiar with such old-school apps as Xtree, and Norton Commander from the DOS and Windows 95 days. While it’s easy enough to drag and drop amongst folders and drives in OS X, we found Commander One to be a convenient interface, making it easy to copy and move files at will.

For more information about the Commander One PRO File Manager for Mac OS X, visit the Eltima website.