The new 27-inch 5K iMac models announced yesterday can support up to 64GB of RAM, reports aftermarket Mac specialist Other World Computing. The supported RAM is double that of previous generations. Unfortunately, the new 21.5-inch 4K iMac is equipped with soldered-in RAM, so buyers will be limited to whatever amount of RAM they select at purchase. 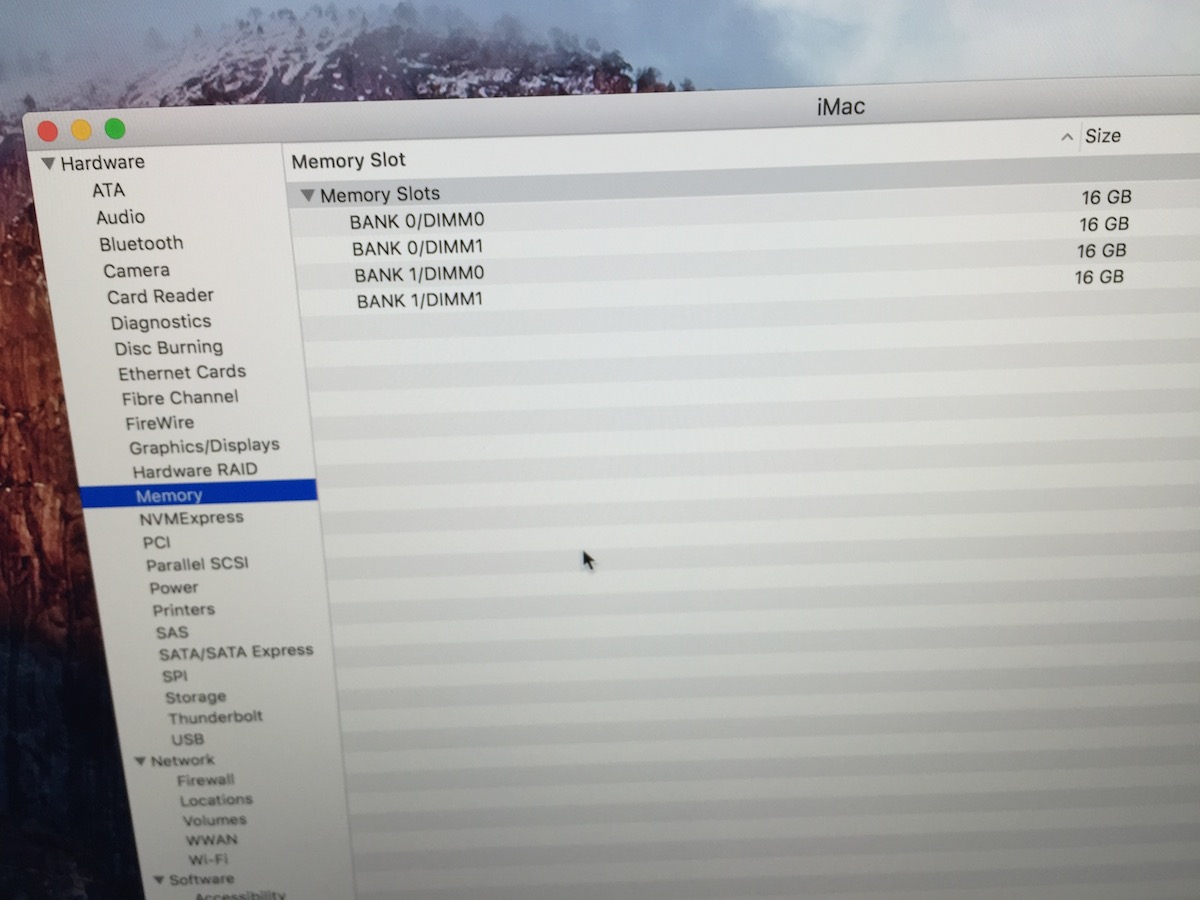 According to a post on OWC’s blog, Apple’s new 5K iMac update with Intel Skylake processors is capable of addressing up to 64GB of RAM split between four memory slots. By comparison, the first-generation iMac with 5K Retina display introduced last year maxed out at 32GB of addressable RAM.

OWC’s in-house testing facility found the latest 27-inch 5K iMacs all support a maximum of four 16GB DIMMs. The retailer will on Wednesday begin offering 48GB and 64GB memory kits for the machine, priced at $729 and $1195, respectively. Also available will be a 16GB module and a new 32GB kit using a pair of the new modules, coming in at a respective $329 and $599.

The company also did a teardown on the new 21.5-inch 4K iMac, and was disappointed to learn that the computer is equipped with soldered-in RAM, meaning no after-purchase upgrades are possible. Customers are advised to purchase as much RAM as possible at the time of purchase.