Porsche will include Apple’s CarPlay infotainment platform in their upcoming 2017 Porsche 911 Carrera and Carrera S vehicles. Porsche selected CarPlay over Android Auto due to the data Google would have required to be sent to them each time Android Auto was activated. 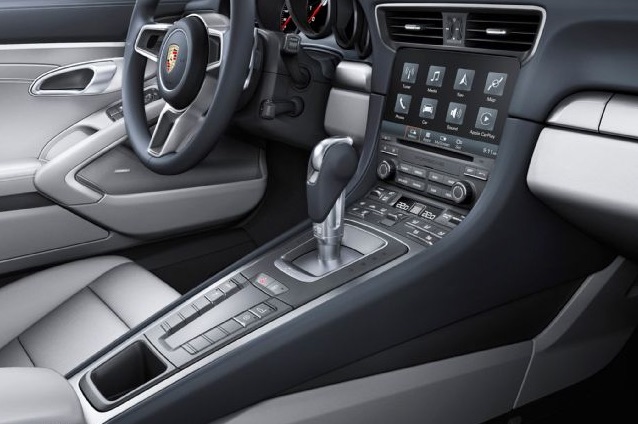 There’s no technological reason the 911 doesn’t have Android Auto playing through its massively upgraded PCM system. But there is an ethical one. As part of the agreement an automaker would have to enter with Google, certain pieces of data must be collected and mailed back to Mountain View, California. Stuff like vehicle speed, throttle position, coolant and oil temp, engine revs—basically Google wants a complete OBD2 dump whenever someone activates Android Auto. Not kosher, says Porsche.

The article says the only thing Apple’s CarPlay wants to know is whether the car is moving while the CarPlay system is in use.

Porsche says they don’t want to share the information Google requires, as that information is the “secret sauce that makes its cars special.” Besides that, Google is working on its own cars, and Porsche doesn’t feel comfortable sharing info with them simply because of that.