The fourth iOS 9.3 beta, released to developers and public beta testers earlier this week, fixes the bug that leads to 64-bit iPhones and iPads becoming “bricked” when the date is set to January 1,1970. 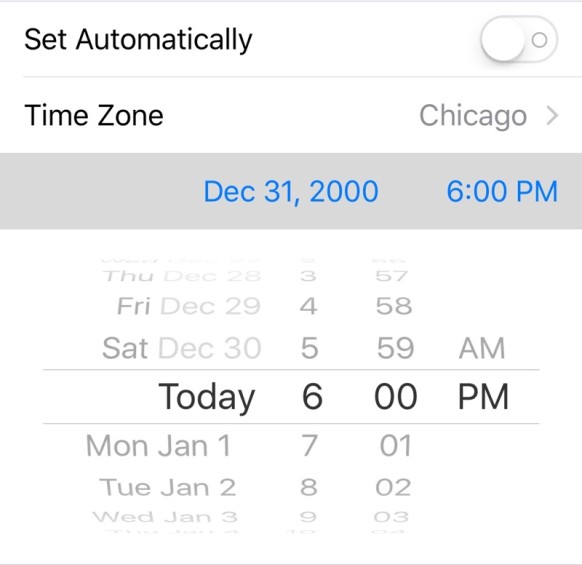 The recently discovered  “1970” bug bricks a 64-bit iOS device whenever the device’s date is manually set to January 1, 1970, placing the device into a state of continuously rebooting.

The beta also includes a fix for devices that have been disabled by the bug. Devices stuck in loops can be restored to working order by doing a restore using iOS 9.3 beta 4.

From the MacRumors forums:

This update fixed the 1970 date bug. Had two retail units stuck in boot loops do to some pri**s setting the date to 1970 and restoring in DFU mode did not help. But restorting to this BETA update made both devices go back to normal.

While up until now, there had been no reliable fix for devices bricked by the bug that didn’t require disassembly of the device, Apple had promised a fix for it in an “upcoming software update.” Unless something changes between now and the public release of iOS 9.3, it appears 9.3 is the fix.

iOS 9.3 is currently only available to developers and public beta testers. It is expected that we’ll see the wide release of the new mobile operating system sometime around the middle of March, around the much-rumored Apple event on March 15.