Finding a mobile solution for Windows 10 might mean picking up a tablet or a netbook. Both of those devices are heavy and take up too much space in a mobile road warrior’s go bag. To the rescue is the InFocus Kangaroo Mobile Desktop PC and Dock for $99.99.

The Kangaroo PC runs a full version of Windows 10 in a small metal box that is the size of post-it-notes. At this point, one might be wondering why anyone at MacTrast is reviewing a Windows 10 anything?

Included In The Box:

That is because there are times when iPad users, including me, need access to a Windows 10 machine. I do not have a full Windows 10 PC running at home, so using a VPN solution would not work in this instance.

Connecting the Kangaroo to multiple devices is easy. The dock on the back includes four ports. One of them is a USB 3.0, USB 2.0, HDMI and a power port. 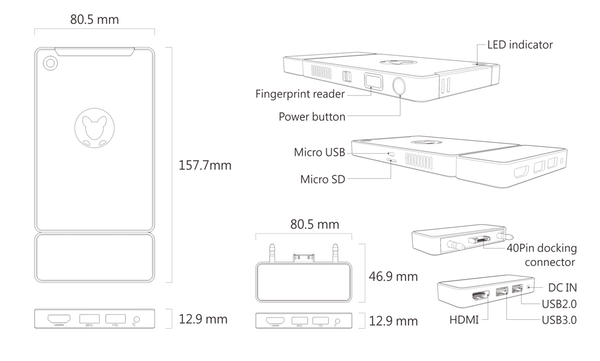 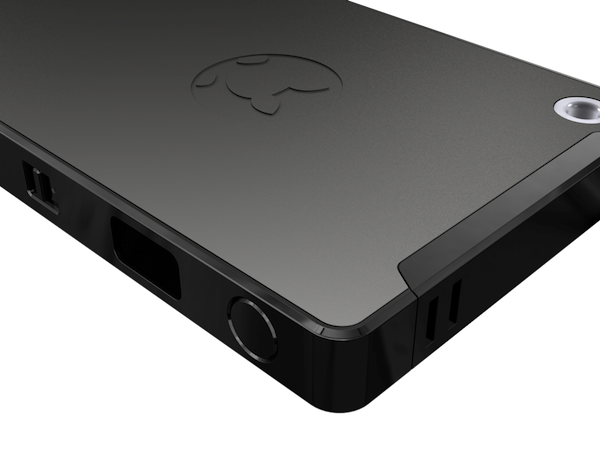 Inside of this portable PC is Bluetooth 4.0, 802.11ac dual-band WiFi, a four hour battery (for casual use), Intel ATOM CPU, 2GB of RAM and 32GB of eMMC SSD. With these types of stats and at this great price point, the decision is easy to get a mobile Windows 10 PC.

Linking up an iPad and the Kangaroo is easy via a free app download from the Apple App Store. The app is called OSLinx. A host OSLinx Windows 10 app is downloadable for the Kangaroo PC.

The OSLinx host app worked right away after Windows 10 finished booting up for the first time. I used my Apple USB Lightning cable to connect it from the USB 3.0 port to my iPad. Two taps is all it took for the two devices to communicate.

As with any new PC or Mac, downloading security and system updates is the number one priority. After a few moments configuring the Kangaroo to access my WiFi network, it connected to Microsoft for all of its updates. It came back with a Windows 10 system update and many security patches.

System updates will take a few hours to download and install on the Kangaroo. So I set the process in motion and shut down the OSLinx app on my iPad. I unplugged the USB Lightning cable and continued working on other projects. 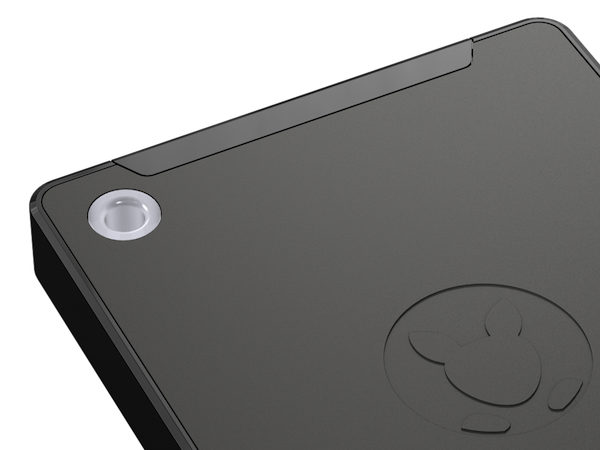 I kept the Kangaroo plugged into the wall outlet during its upgrade procedures, as it would have run through the small internal battery quickly. Keep in mind that when connected to the iPad via Lightning cable, the iPad will be charging itself and so the battery in the Kangaroo will not last for four hours.

After the Windows 10 system update and subsequent security patches were applied, the Kangaroo became even more responsive and battery efficient. This is important when running Office software or watching YouTube videos.

Need a larger screen to operate the Kangaroo with, besides what the iPad has to offer? The included dock has an HDMI port for direct access on modern flat screens. Pair a Bluetooth wireless keyboard and mouse, and that’s it, you’re ready to run a full PC on a TV.

The Kangaroo Mobile Desktop Windows 10 PC is about the coolest mini computer I have ever used, mainly because it worked right out of the box with my iPad and it fit in a jacket pocket. I needed to complete several small projects on a Windows-based PC, so docking the Kangaroo to my iPad for them was easy.

Being able to use the Kangaroo with my iPad at events, while still in my bag, opened up many new ways of using a PC that I had not thought of before. As a speaker, I will be using the small Windows-based computer to run my presentations with native Office software.

Buy the Kangaroo Mobile Desktop PC with Dock for $99.99 from Newegg.

Disclosure: I was provided with an InFocus Mobile Desktop PC at no cost for review. I was not compensated for this review. Photos are courtesy of InFocus. All thoughts and opinions are my own.