Microsoft has made good on its January promise to bring a group chat feature to their Skype mobile app. Today, the Redmond firm has released an update to its Skype app on both iOS and Android, offering group video chat for up to 25 participants. 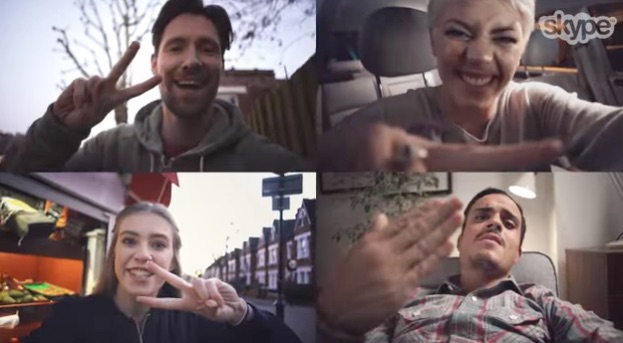 A view of what you’re broadcasting is always pinned to the lower right hand corner of your screen, and as more and more people are added, the call’s grid view dynamically adjusts to show you as many participants as it can. But once you hit more than seven participants, the display re-arranges things to highlight the person speaking by default, with all the other participants lined up at the bottom of the screen. You can then swipe through that lineup and find an individual caller and “pin” them to the screen so you always see what they see rather than let Skype pick your view.

Microsoft makes use of its SILK Super Wide Band audio codec to keep audio clear. The update also makes it easier to invite non-Skype callers into a group call, by sending a link via a messaging app, eliminating the need for a traditional Microsoft account.

The rollout of the new group feature begins in the United States and Europe, and the rollout should be complete within a week or around there, so if you don’t see it yet, be patient, it’s on its way. Microsoft says worldwide support for the feature should be ready by the end of March.