The U.S. Department of Justice has chimed in on the case of an FBI request to force Apple to aid in the unlocking of an iPhone 5c that was used by one of the shooters in the San Bernardino, Calif. terrorist attack last December, says ABC News. 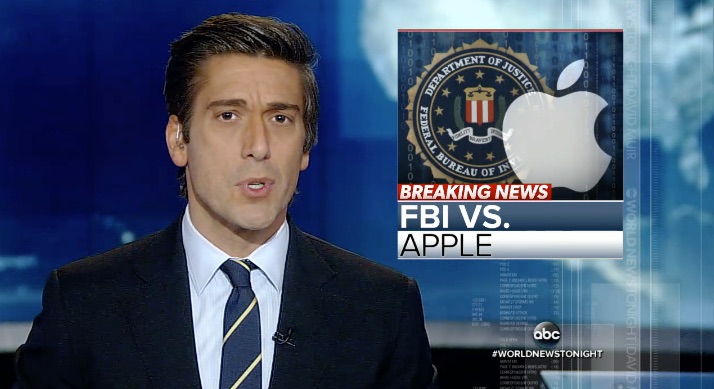 “Rather than assist the effort to fully investigate a deadly terrorist attack by obeying this court’s order of February 16, 2016, Apple has responded by publicly repudiating that order,” the DOJ filing states.

The filing added Apple’s refusal to cooperate is “based on its concern for its business model and public brand marketing strategy.”

Apple was already dealing with a previous order by a U.S. Magistrate judge, which ordered the company to comply with government requests for assistance in extracting data from the phone. The device is locked using a passcode, and Apple says it cannot unlock the device or decrypt the information on the device, which is running iOS 9, the company’s latest version of its mobile operating system. Apple has until February 26 to respond to the ruling.

Apple has refused to create a “backdoor” to allow the FBI to unlock the handset. The FBI has asked Apple to make a special firmware that will remove the usual 1 hour delay between failed passcode attempts, as well as the possibility the device’s information would be lost. This would allow the Bureau to try every possible 4-digit combination in a “brute-force” attempt to unlock the device.

Apple CEO Tim Cook earlier this week said the creation of such a backdoor to a locked device would create a dangerous precedent, and could lead to giving the government, or other parties, the ability to unlock anyone’s iOS device and access the information stored there.

The Department of Justice’s actions today, should come as no surprise, as earlier this week, the Obama White House stated the FBI wants access to just this one iPhone. “The president certainly believes that is an important national priority,” White House spokesman Josh Earnest told reporters at the White House. Apple CEO Cook has stated there is no way to guarantee such control.

“The government suggests this tool could only be used once, on one phone. But that’s simply not true. Once created, the technique could be used over and over again, on any number of devices. In the physical world, it would be the equivalent of a master key, capable of opening hundreds of millions of locks — from restaurants and banks to stores and homes. No reasonable person would find that acceptable.”

This is a developing story, we’ll update this post as we learn more.