Bloop S.R.L. has released a new version of their popular Airmail email client for Mac OS X. Airmail 3 offers a number of new and improved features, as well as some fixes for issues found in the previous version. 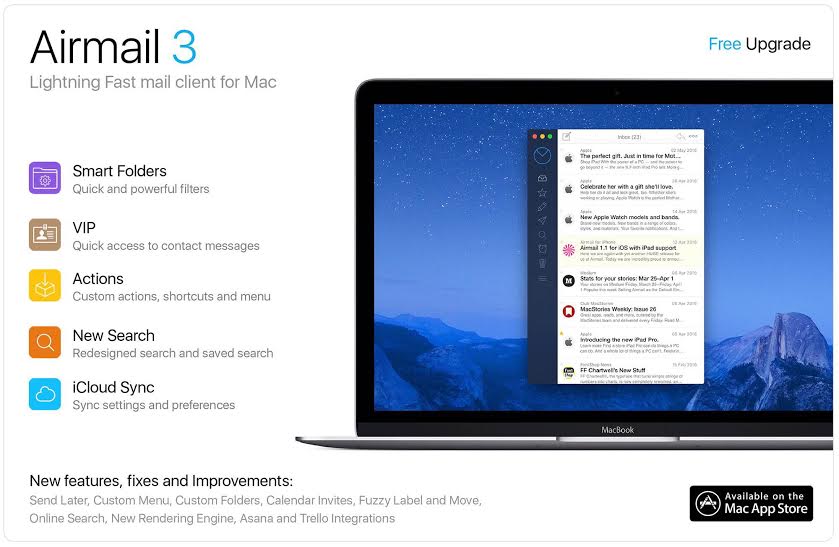 Airmail was voted top email app in an AppleInsider reader poll earlier this year, beating out Outlook, Nylas N1, and others. The app has long been a favorite around the MacTrast offices, and it’s our daily-use email client.

Airmail 3 for the Mac is $9.99, and is available now in the Mac App Store. The update is free for current Airmail users. [GET IT HERE]