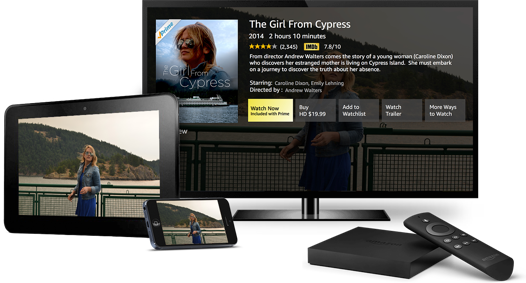 The new service will be similar to the YouTube platform, but is aimed at a more professional audience. Uploaded video content can be made available for rental, purchase, or free access, which would be supported by accompanying ad content.

Users can make their content available via subscription, which must be arranged via Amazon’s Streaming Partners Program, which generally works with larger content providers. Amazon Video Direct content providers must support professional content, in HD, and must include closed captioning.

Amazon is also launching a new “AVD Stars” bonus fund of $1 million, which will be distributer to the producers of each month’s top 100 Video Direct titles on Prime. The money, due to be awarded for the first time in June, will be in addition to any other income earned by the videos.

Anyone with an Amazon Prime Video subscription will be able to view the videos, via any iOS, Android, or Fire device, as well as a number of consoles, desktop computers, and set top boxes.