Even though Apple recently posted its first negative quarter since 2013, it still heads the Forbes List of The World’s Most Valuable Brands for 2016. The Cupertino-based iPhone maker topped the list for the sixth consecutive year. 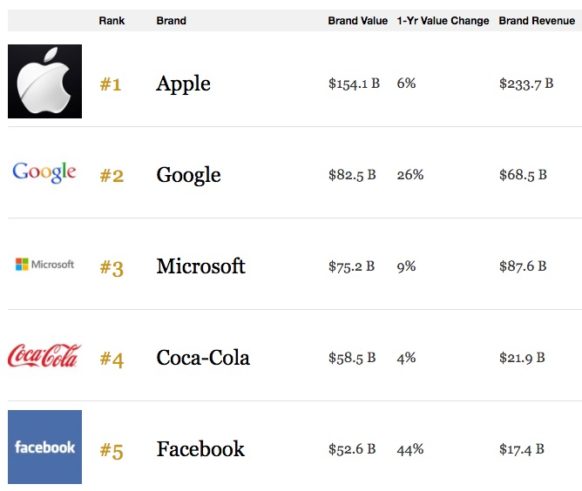 Apple is still the world’s most valuable company, with a market cap of $510 billion. That is despite a fall in stock price of around 30% from its May 2015 high point.