Disney on Tuesday announced it is discontinuing its Disney Infinity line of games and figurines, as of Tuesday. All Disney Infinity games will no longer be updated, and the development studio that produced the games is being shutdown. 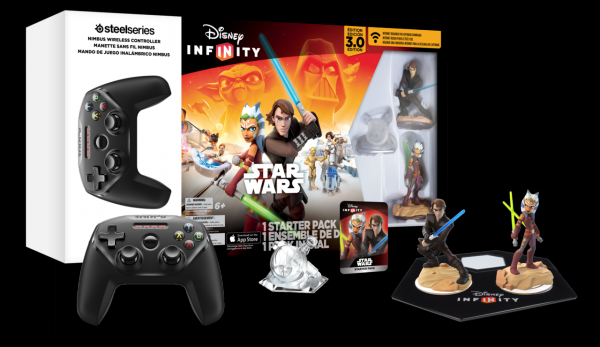 By now you may have heard the news that we have made the difficult decision to discontinue production of Disney Infinity. From the beginning, Disney Infinity was built for you—our fans—and I wanted to take a moment to thank you not just for your support over the years, but for creating a community that made Disney Infinity more than just a game.

Apple TV users are likely not too surprised by the announcement, as March saw a Disney customer representative tell Apple TV customers that Disney had no plans to update the tvOS version of the game, which was originally released last November.

While there will be no new updates for the game, Apple TV players should be able to continue to play the game, but it will offer no support for new characters, such as the two sets Disney will release before the game grinds completely to a halt.

So what’s next for Disney Infinity? We have two final retail releases coming, including three new characters from Alice Through the Looking Glass later this month, and the Finding Dory Play Set launching in June.

A “Peter Pan” set had been reportedly scheduled for later this year, but it appears those products have been canceled.

Disney will take a $147 million charge, due to the Disney Infinity shutdown. The company will no longer produce its own games, and will instead move to a licensing model for future gaming efforts.