Google on Wednesday unveiled its much-rumored competitor to Amazon’s Echo at its annual I/O developer conference. Google Home is a smartspeaker powered by a rebranded Google Now voice assistant. 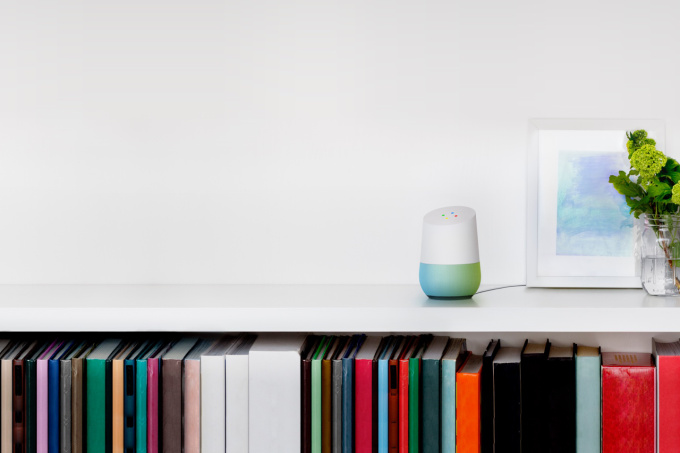 Google Assistant offers the ability to answer questions and carry on two-way conversations. It can also perform tasks such as playing music, and can interact with smart home devices, much like Amazon’s Echo.

The device offers a built-in Wi-Fi speaker that can stream music and podcasts, or users can send music from their devices via Google Cast. The speaker also has a customizable base, offering a variety of colors, and also includes LED lights, a speaker, and built-in microphone.

Amazon’s Echo, and now it’s smaller Echo Dot and portable Amazon Tap, has proved quite popular with Amazon customers, allowing users to ask the device’s built-in virtual assistant, “Alexa,” questions, as well as have her read the news to them, tell them the latest weather and traffic information, and even order items form Amazon. The device can also control smart home appliances and lighting, and can expand its capabilities via Amazon’s add-on  software-based “Skills,” which is proving popular with third-party developers. The Amazon Echo lineup is said to have sold over 3 million units since its introduction over a year ago. 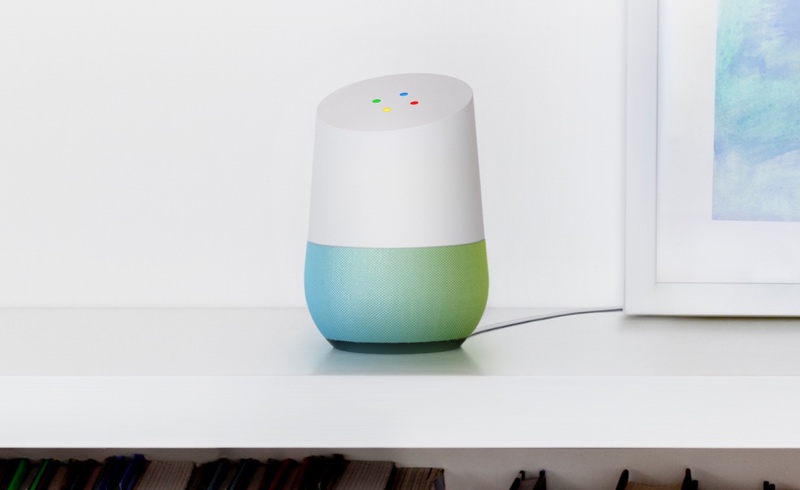 Google’s new device will have far-field voice capabilities, similar to Amazon Echo, so users will be able to issue commands from across a room. Google Home can be triggered with a simple “OK, Google” or “Hey, Google” followed by a command.

Google claims its almost 20 year history in search will allow users to ask much more complicated queries with the Home than anything they currently can do with the Amazon Echo.

The new device should be available to consumers later this year.