Microsoft has released version 7.1 of its OneDrive for iOS app, adding “Peek” and “Pop” features for the 3D Touch-enabled iPhone 6s and iPhone 6s Plus handsets. 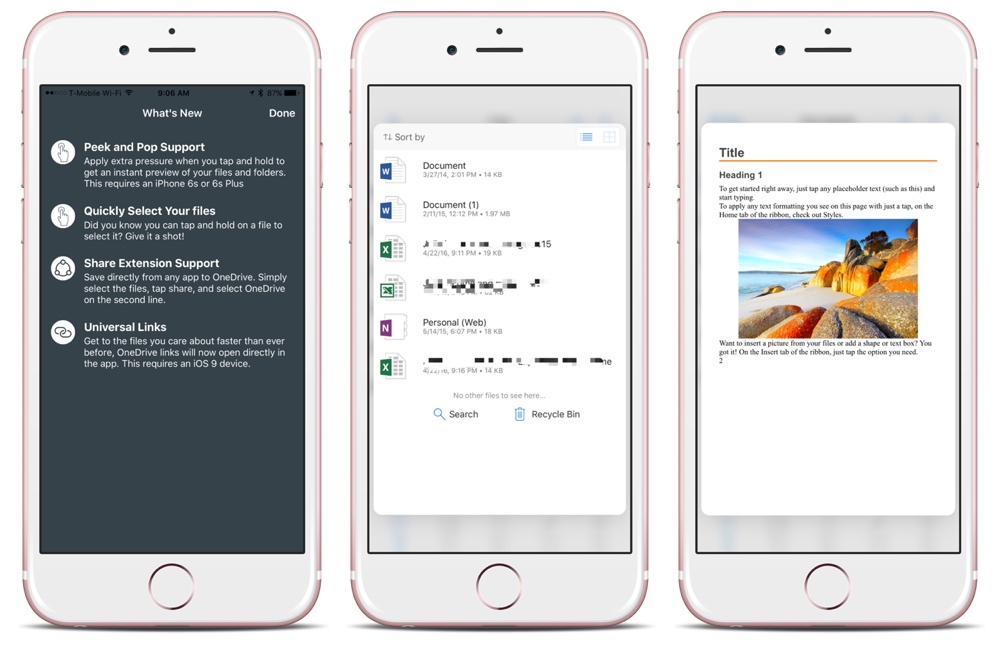 • Have an iPhone 6s or 6s Plus? Give your folders and files an extra hard tap (not too hard) and get instant previews of the content via Peek and Pop support.
• We have applied a slightly new coat of paint.
• Constantly getting signed out or having any other problems? Shake your device and let us know. This requires a consumer account to be signed in.

Users with a compatible device can now preview (“peek”), files and folders with a light press of a finger, while a harder press will “pop” into the content or folder. Other changes include a “slightly new coat of paint,” resulting in a new look for the app’s user interface, as well as a new feature that allows users to shake their device to let Microsoft know they are experiencing issues with the app and/or service.

OneDrive is available free for iOS devices, in the App Store. [GET IT HERE]