Occasionally, you will read about an app, and immediately think, “Sweet Jebus! Where has this app been all my life!” WhoApp, by developer TelTech, is one such app. 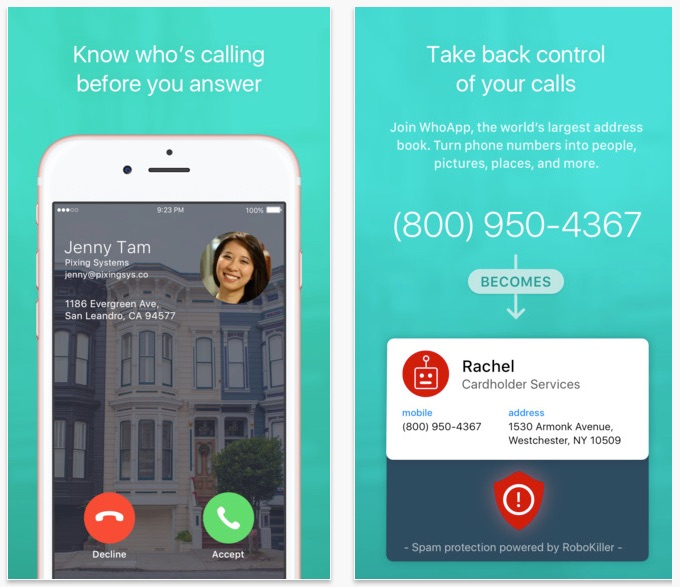 WhoApp offers users the ability to view detailed information about those pesky “Unknown Caller” calls from telemarketers, bill collectors, and scammers by displaying information about the caller’s name, photo, address, and Google Street View image of their location.

The app uses a two-step process to identify callers. When a user receives a call from a party they don’t recognize, they simply hit the “Decline” button to send the call to WhosApp. The app then dials you back, with all of the information it has available about the caller. You can then accept or decline the call for good.

Users can also lookup a number before they call, by going to the WhoApp Lookup screen and entering the number or by selecting one in from their contacts. The app will then display all of WhoApp’s available data so that a user cab know as much as possible about that number. Tap the call button, and they’ll will connect the call.

TelTech claims the app “learns and grows with every call,” so as you use it, the app should get better at determining between different types of calls, from scams and telemarketers, to someone potentially important not yet stored in your smartphone.

It should be noted that the app will ask for access to your Contacts, and it does want you to connect the app to your Facebook account, so if you’re worried about privacy and information gathering, this app might not be for you. I, however, have already found the app to be valuable, as mere minutes after installing and setting up WhoApp, I received a call from an unknown number, and made use of the app to find out it was from another “get right quick” scammer. So, bravo WhoApp!

WhoApp is currently iPhone-only, but the company plans to release an Android version of the app later this year. WhoApp is free, and is available for the iPhone in the App Store. [GET IT HERE]