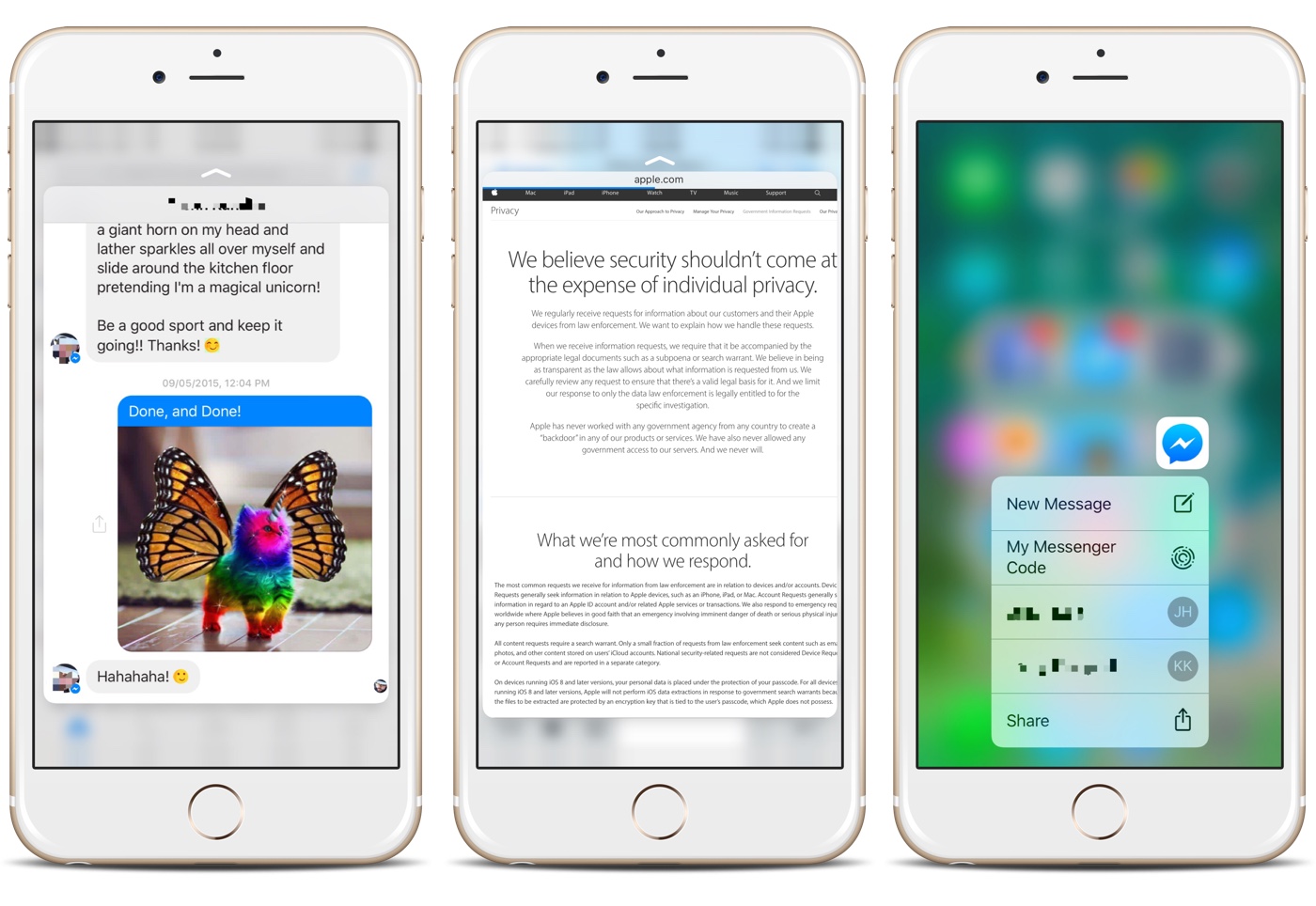 3D Touch is now available for iPhone 6S and iPhone 6S Plus. Use to preview contacts, conversations, photos, videos, stickers, links and locations.

The app had previously offered limited 3D Touch Quick Actions support, allowing users to press the app’s Home Screen icon to start a new message, jump into recent chats, share the app, or generate a personal messenger code to add a friend on the service.

The update also includes a layout fix for users testing the iOS 10 beta. A margin issue had been blocking the top most conversation from view. Today’s release resolves that issue. (Via 9to5Mac)

The updated Facebook Messenger App for iOS, version 79.0, is available free on the App Store. [GET IT HERE]