A U.S. patent won by Apple on Tuesday shows a concept for using a stylus, such as an Apple Pencil, with a Mac, via a Force Touch trackpad, or use as an “air mouse.” 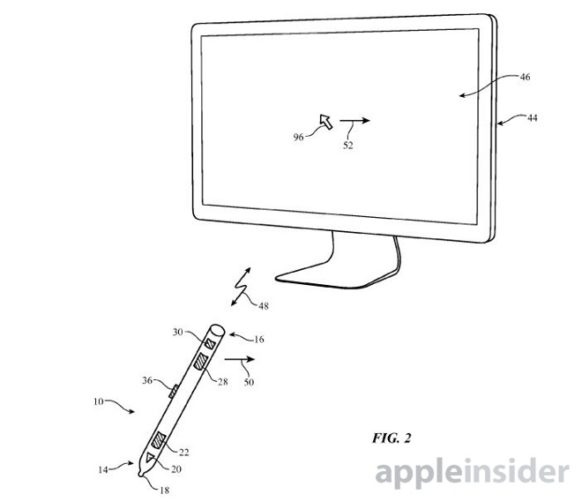 The patent, seen by AppleInsider, describes a more complex device than the current Pencil, able to work not just on trackpads but in mid-air as a motion-sensitive “air mouse.” It might also support rotation commands, or operating as a joystick.

The filing also make several references to the stylus being used with a touchscreen, which is how the current Apple Pencil stylus works in conjunction with the 12.9-inch and 9.7-inch iPad Pro tablets.

As previously noted by 9to5Mac, the patent also describes how a stylus could use a three- or six-axis inertial sensor to act as a joystick or air mouse.

The patent application was first published in May 2016, and was submitted on November 14, 2014. The iPad Pro and accompanying Apple Pencil debuted the following year.

While the patent offers a glimpse at what could someday come to be for Mac users, it should always be noted in these situations that Apple files for numerous patents each year, and most of them never see the light of day, or appear in a modified form in an Apple product.