If you’re a Pokémon Go player, you know the game’s use of location services can be a iPhone battery killer. Now, some rookie players might carry around a portable phone charger around. But REAL Pokémon Go players will carry a Pokeball battery charger! 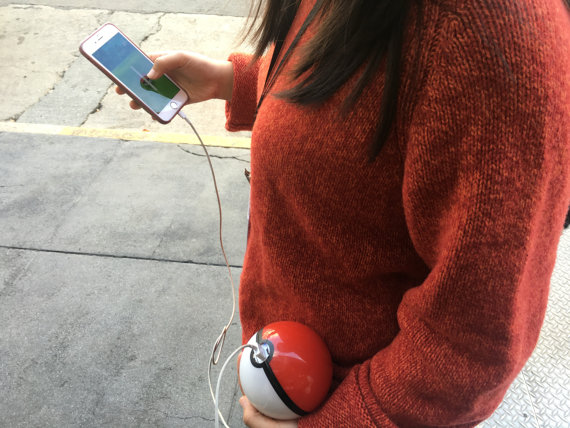 Etsy merchant magicalsuperstore is offering a $40 Pokéball phone charger, which is a 5300mAh battery pack hidden away inside a Pokémon-themed sphere. It includes a USB port for your phone’s charging cable, and a micro-USB port to use to charge the Pokeball when it runs low. The battery pack will charge your iPhone from near dead at least twice, so you should get a full day of Pokémon chasing in. 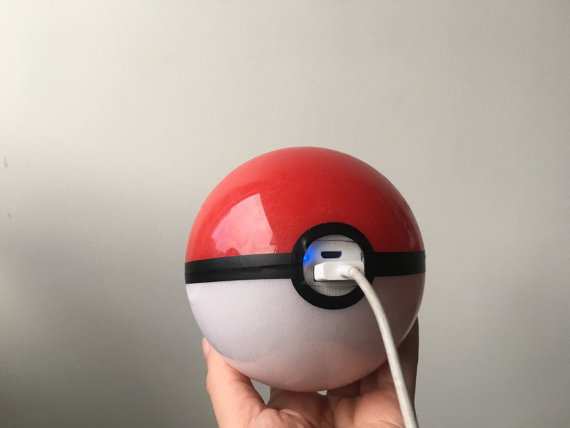 The Etsy posting doesn’t mention the dimensions of this thing, but in photos, it looks to be around the size of a softball. So, you’ll likely need a Pokémon-themed backpack to carry it around in. (But you already have one of those, don’t you?) 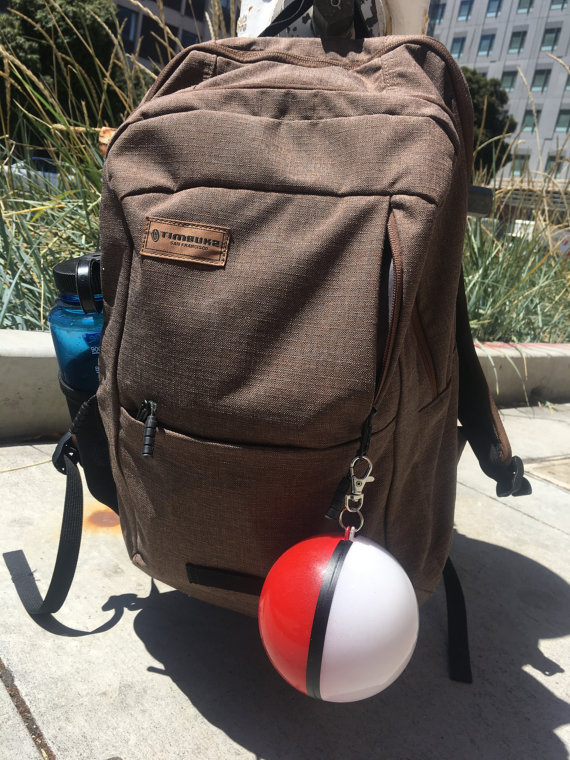 Each Pokéball is crafted to order in the vendor’s studio in San Francisco. And, it should be noted that they are fragile and should not be dropped or thrown.

For more information, or to get your Poképaws on a Pokéball charger, visit the magicalsuperstore Etsy website.