T-Mobile announced on Thursday that qualifying Simple Choice postpaid cellular customers will automatically receive free unlimited data and calling throughout Brazil for the month of August, in celebration of the 2016 Summer Olympics, which is being held in Rio de Janeiro. 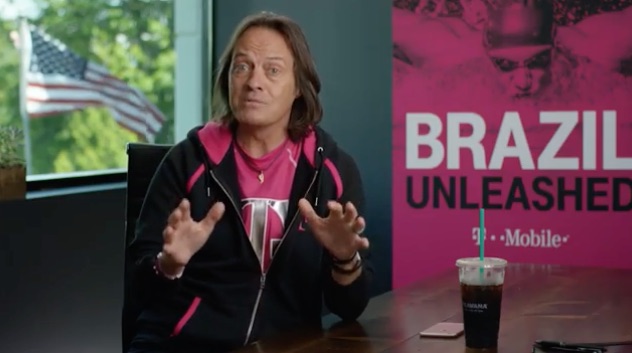 Starting August 1, T-Mobile is unleashing free unlimited high-speed data throughout Brazil for its customers, so wherever they roam in Brazil this August – all month long – they’ll get the fastest available roaming speeds up to 4G LTE. And, calls within Brazil and back home to the US are free – as is texting worldwide.

“AT&T is spending millions to put their logo all over the games as the official sponsor. They introduced a new ‘Brazil plan’ last month, so their customers can foot the bill for AT&T’s VIP parties and private suites in Rio,” said John Legere, president and CEO of T-Mobile. “That couldn’t be more different from the Un-carrier. T-Mobile is freeing customers to travel to the Rio Games and use their phones without worry.”

In addition, the Magenta Carrier is giving families of U.S. athletes free T-Mobile service and a Samsung Galaxy S7 edge and Samsung Gear 360 camera through October, so they can “capture and share every exhilarating moment of the games without worrying about extra expenses or surprise roaming charges.”