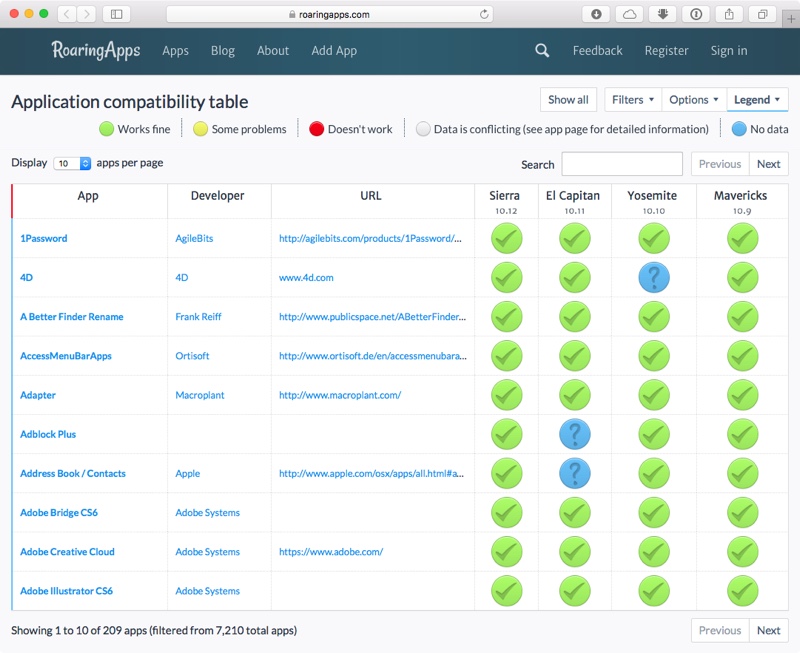 The crowd-sourced model used by RoaringApps allows all Mac users to report their experiences with the more than 6,000 applications in the database, providing a complete and up-to-date picture of application compatibility. “RoaringApps is once again the go-to site for checking whether your apps are compatible with Apple’s latest release, macOS Sierra”, says RoaringApps developer Bryce Cameron. “We help people make the decision about whether or not their Mac setup will work with the new OS”, he added.

Mac users are encouraged to share their app experiences with Mac apps under the new OS. Any data entered helps improve the reliability of the information collected in the database. The site collects information for apps running under OS X 10.6 Snow Leopard and later. The website also tracks app compatibility for iOS, tracking from iOS 5 and up. 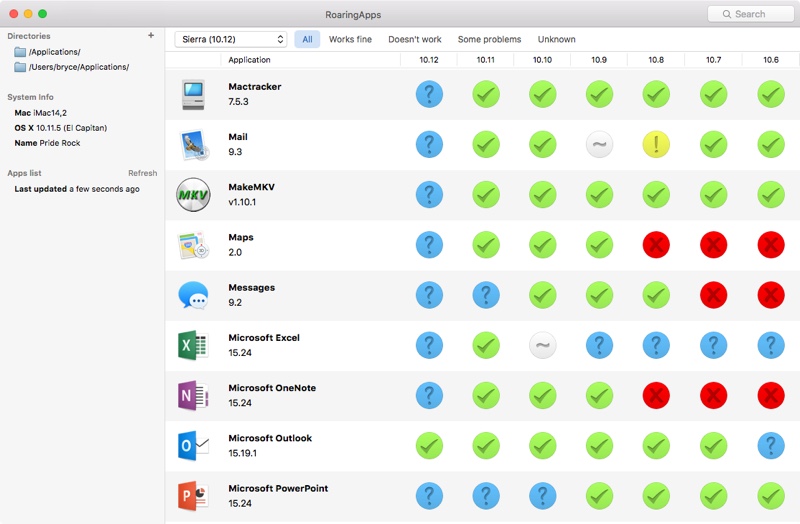 New this year is a compatibility-checking Mac application, which is currently available as a beta release. The RoaringApps Mac app locates installed applications, and reports their compatibility with the various versions of the Mac operating systems in a matter of minutes.